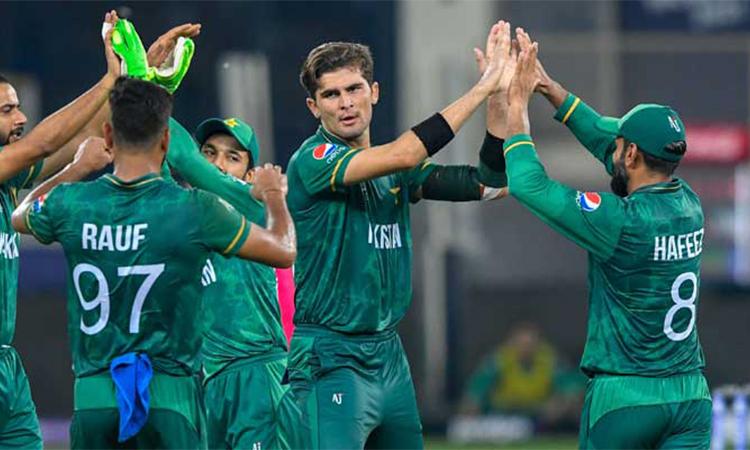 T20 World Cup: A really good feeling to win against India, says Afridi
IANS - Monday , 25 October 2021 | 12 : 28 PM
Afridi set up Pakistan's crushing ten-wicket win over India in Dubai on Sunday, as the 2009 champions broke their losing streak against the 2007 champions in 20-over World Cups. His opening burst claimed Rohit Sharma and KL Rahul in power-play. In his final over, he took out India skipper Virat Kohli, thus applying brakes to Ind'a's finishing touches. Overall, he had figures of 3/31 in four overs. 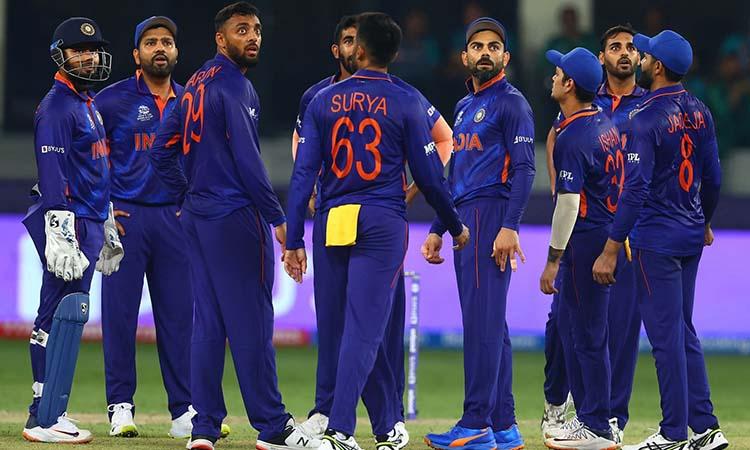 Star-studded Team India's meek surrender is a cause for concern!
IANS - Monday , 25 October 2021 | 10 : 37 AM
This was also the first time in the history of World Cup matches that Pakistan thrashed Indian by ten wickets. Such a lopsided affair! And the credit goes to Mohammad Rizwan (79* off 55) and Babar Azam (68* off 52) wonderful display of cricket. The opening duo made a mediocre Pakistan look far superior to their arch-rivals. 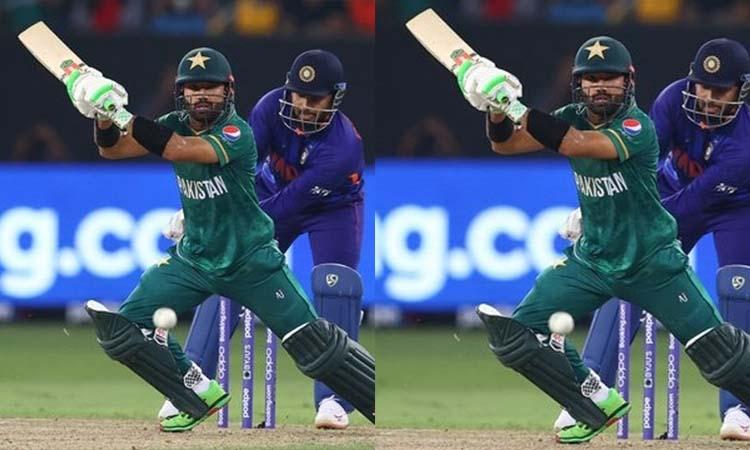 T20 World Cup: Rizwan, Azam end Pakistan's hoodoo with a ten-wicket win over India
IANS - Monday , 25 October 2021 | 09 : 11 AM
Electing to bowl first, Pakistan restricted India to 151/7 in 20 overs with Afridi rattling the 2007 champions with a two-wicket burst. Skipper Virat Kohli struck a fighting fifty but India never recovered from the early setback and could not manage a big score. Their bowling was even more pedestrian as Pakistan chased down the score in 17.5 overs to seal and memorable victory. 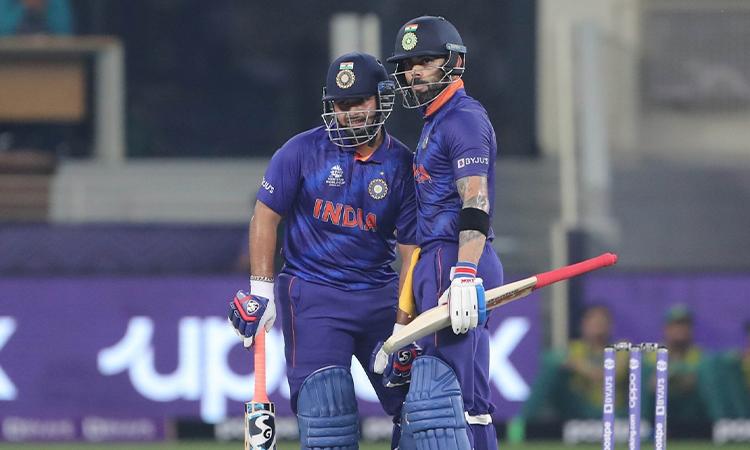 T20 World Cup: Kohli and Pant carry India to 151/7 against Pakistan
IANS - Sunday , 24 October 2021 | 10 : 02 PM
Inserted into batting first, India lost openers Rohit Sharma and KL Rahul in the first 13 balls of the innings to Shaheen Shah Afridi. While Sharma was trapped plumb in front of the wicket by a yorker, Rahul was undone by a fast inswinger going through the gate to hit the stumps. Suryakumar Yadav hit a six off Afridi and swept Imad Wasim for four. But his promising stay at the crease ended when he was snapped by keeper Mohammad Rizwan diving to his right to catch the poke off Hasan Ali in the final over of power-play.
Advertisement 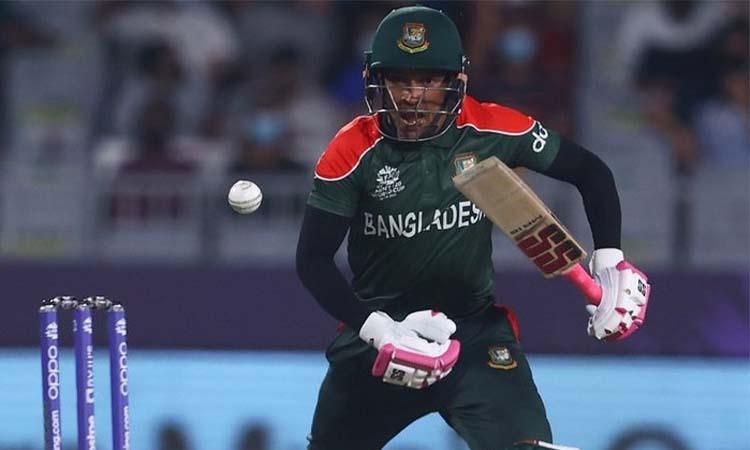 T20 World Cup: Naim, Mushfiqur fifties propel Bangladesh to 171/4 against Sri Lanka
IANS - Sunday , 24 October 2021 | 06 : 44 PM
Fantastic fifties by Mohammad Naim (62 off 52) and Mushfiqur Rahim (57 off 37) powered Bangladesh to 171/4 against Sri Lanka in a Group 1 match in the Super 12 stage of the ICC Men's T20 World Cup at the Sharjah Cricket Stadium, here on Sunday. It was Mushfiqur's maiden fifty at World T20 and first in T20Is since 2019. Sri Lanka, who are coming off an unbeaten run in the first round, now need 172 runs to win. Put into bat, openers Mohammad Naim and Liton Das gave Bangladesh a good start. The duo rotated strikes regularly and hit occasional boundaries, taking Bangladesh to 38/0 in 5 overs. 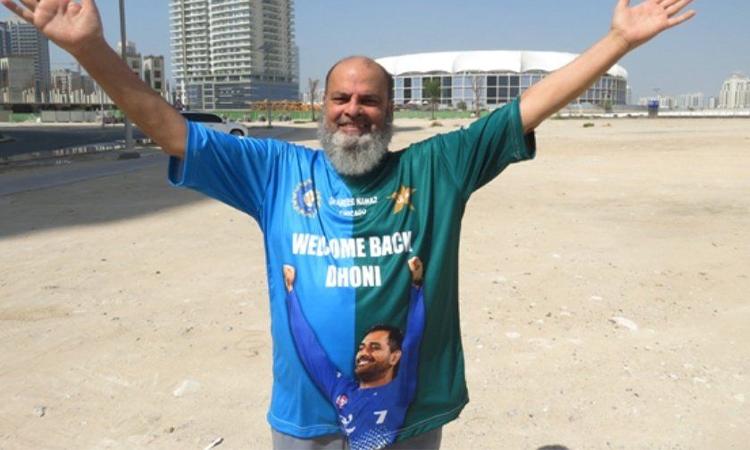 'Chacha Chicago' set to cheer in unique split India-Pak jersey featuring Dhoni
IANS - Sunday , 24 October 2021 | 04 : 44 PM
Ahead of the mega-clash, a picture of Chacha Chicago wearing a split India-Pakistan jersey featuring Dhoni has gone viral on social media. He has also designed a mask which reads 'Welcome back Dhoni'. Notably, 'Chacha' is a huge admirer of Dhoni and the former India captain has also arranged match tickets for his loyal fan on many occasions in the past. After announcing retirement from international cricket on August 15, 2020, the Ranchi-born cricketer has returned to Team India as mentor for this edition of T20 World Cup. 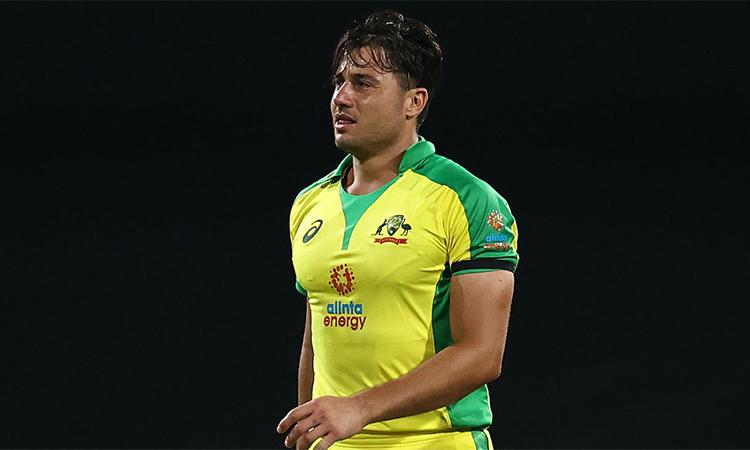 Stoinis forced to control his 'Greek emotions' for the sake of team
IANS - Sunday , 24 October 2021 | 04 : 03 PM
Stoinis, who is an Australian of Greek heritage, underlined his 'finisher' credentials in the tense five-wicket win against South Africa in the final over, scoring 24 not out and putting together an unbeaten 40-run partnership with Matthew Wade (15 not out). With skipper Aaron Finch, David Warner and Mitch Marsh departing and Australia, chasing 119 for victory, being reduced to 39/3 after eight overs, things became difficult. And with the well-set batters, Steve Smith (35) and Glenn Maxwell (18), too returning to the dressing room in the final few overs, it became a challenge. 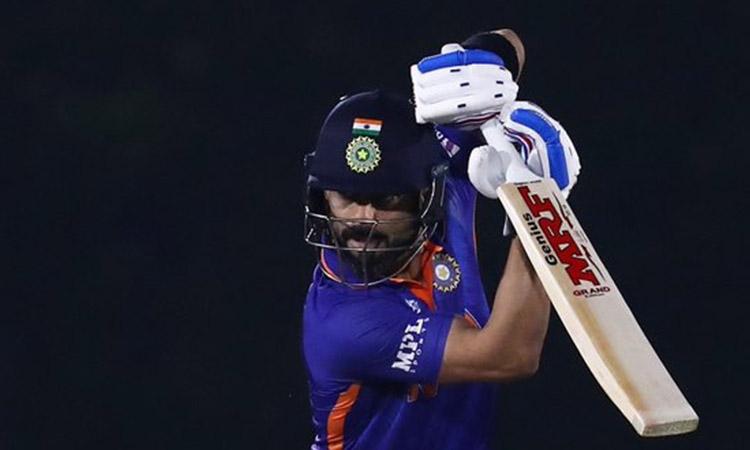 Ind vs Pak: Embarrassment of riches could make Virat take poor decisions
IANS - Sunday , 24 October 2021 | 03 : 11 PM
The former Pakistan skipper, though, added that the "embarrassment of riches" at India captain Virat Kohli's disposal could lead to poor decision-making from the skipper. "In my opinion, no matter how well Pakistan play, if Indian players don't make mistakes, then it will be difficult for Pakistan to win the match," Latif told Khaleej Times on Sunday.
Advertisement 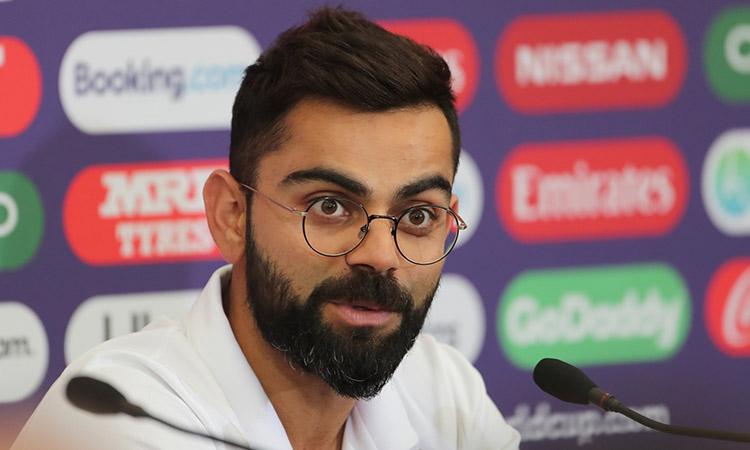 Clash of the titans: Virat keen to maintain India's unblemished record
IANS - Sunday , 24 October 2021 | 01 : 56 PM
It was a game that turned into a nightmare for spin wizard Shane Warne. It was later reported that the Australian spent some sleepless nights following the punishment, but Warne, to this date, denies it. After 23 years, another cricketing feast is expected in the UAE with India taking on Pakistan in Dubai later on Sunday. 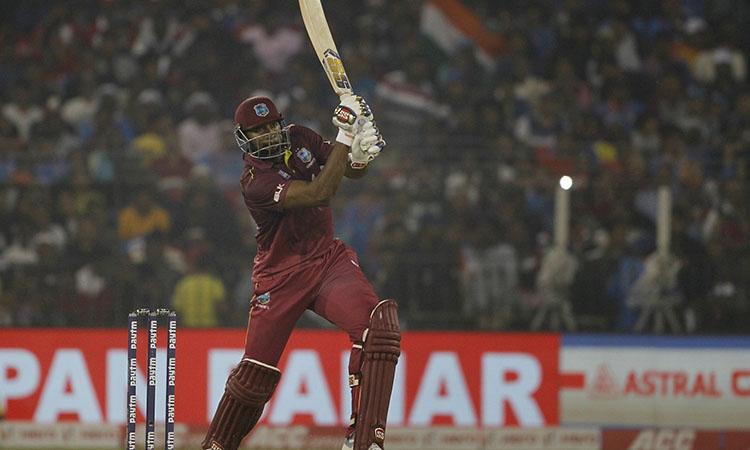 Ashamed of the defeat; international teams don't make 55: Kieron Pollard
IANS - Sunday , 24 October 2021 | 12 : 21 PM
In one of the worst possible displays by the West Indies batters on the big stage, the 2016 T20 World champions could only put 55 on the board, with only Chris Gayle crossing over to a double-digit score as the team was bundled out in just 14.2 overs. In reply, England finished the task in 8.2 overs.
Advertisement