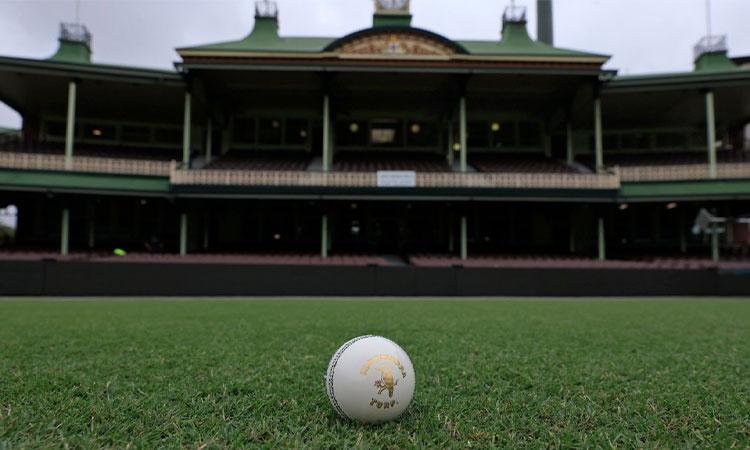 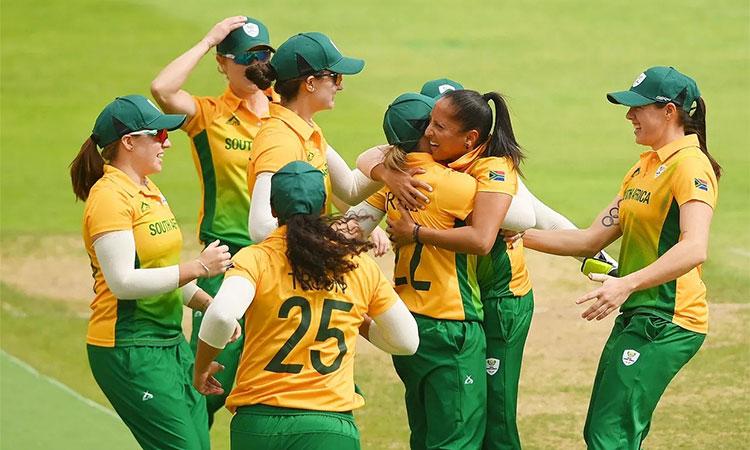 ICC announces highest number of female match officials for inaugural U19 Women's T20 World Cup
IANS - Thursday , 05 January 2023 | 01 : 03 PM
It makes the tournament, starting from January 14, have the highest number of female match officials to be appointed for an ICC event. In all, 12 umpires and three match referees will officiate in the tournament, which will be played across four venues in the two host cities: Benoni and Potchefstroom. Former Sri Lanka women's team captain, Vanessa de Silva leads the ICC International Panel of Match Referees which includes former Bangladesh international cricketer Neeyamur Rashid and Zimbabwe's Owen Chirombe. The tournament will also see four members of the ICC International Panel of Umpires 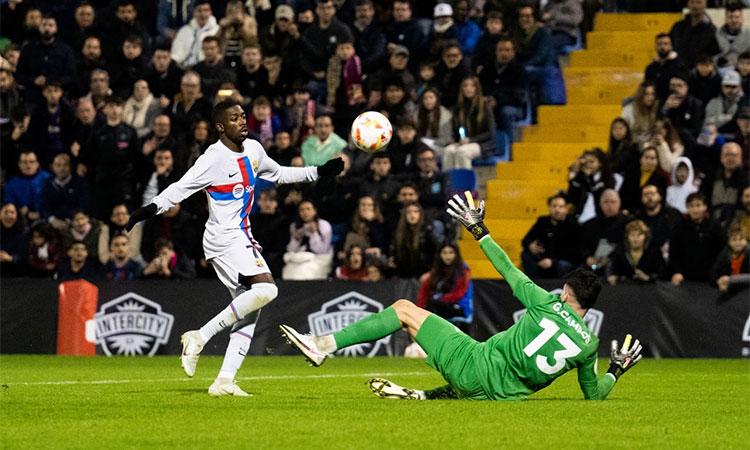 Football: Third-tier Intercity push Barcelona all the way in Copa del Rey
IANS - Thursday , 05 January 2023 | 11 : 29 AM
The side from Alicante fell behind Barca on three separate occasions on Wednesday night, but each time they fought back to force extra time, only for Barca to win the game with a deflected shot from Ansu Fati. Things looked to be going to plan for Barca in the fourth minute, when Ronald Araujo, back after injury, powered home a header from a corner. Intercity defended in depth in the first half, but switched to a 4-4-2 formation after the break and took the game to their rivals. Oriol Soldevilla took advantage of some poor defending in the 59th minute to level following a corner, 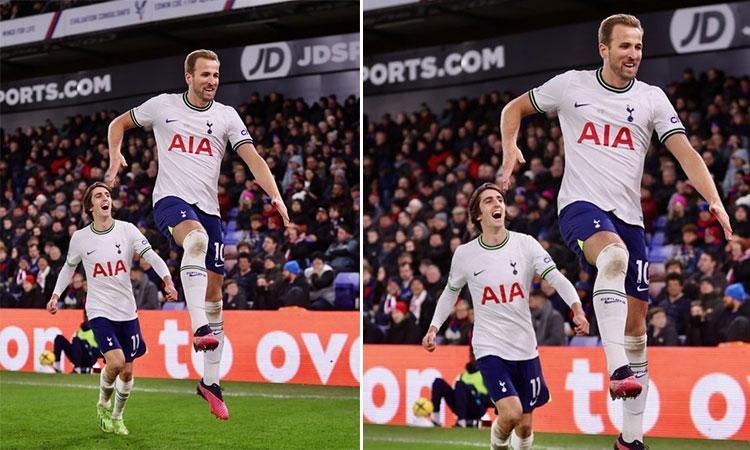 Premier League: Tottenham bounce back with 4-0 win against Crystal Palace
IANS - Thursday , 05 January 2023 | 11 : 19 AM
Palace were the better side in the first 45 minutes on Wednesday night, but failed to take their chances and were made to suffer when Kane netted in the 48th and 53rd minute to take the game almost out of reach. Matt Doherty and Son Heung-min added further goals in the 68th and 72nd minutes to take some pressure off coach Antonio Conte, who had been criticized after recent poor results. It was honours even in the game between two Spanish coaches, as Unai Emery's Aston Villa came back from a goal down to draw 1-1 with Julen Lopetegui's Wolverhampton Wanderers.
Advertisement 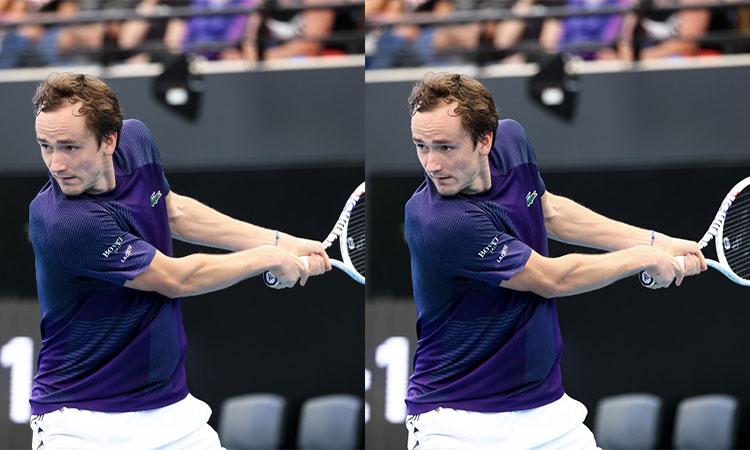 Adelaide International 1: Medvedev advances to quarters, Sabalenka overcomes Samsonova
IANS - Wednesday , 04 January 2023 | 05 : 09 PM
The third seed saved the only break point he faced to triumph after 67 minutes. Medvedev now leads the pair's ATP Head-to-Head record 3-0, winning all seven sets they have played. The 27-year-old will next play Karen Khachanov for a place in the semifinals. In his opening match of 2023 on Tuesday, Medvedev toiled for more than one hour to snatch the opening-set tiebreak before his Italian opponent Lorenzo Sonego retired hurt after three games. "I played a little bit better today than yesterday but also Lorenzo played really good tennis hitting lines," Adelaide International quoted Medvedev as saying. 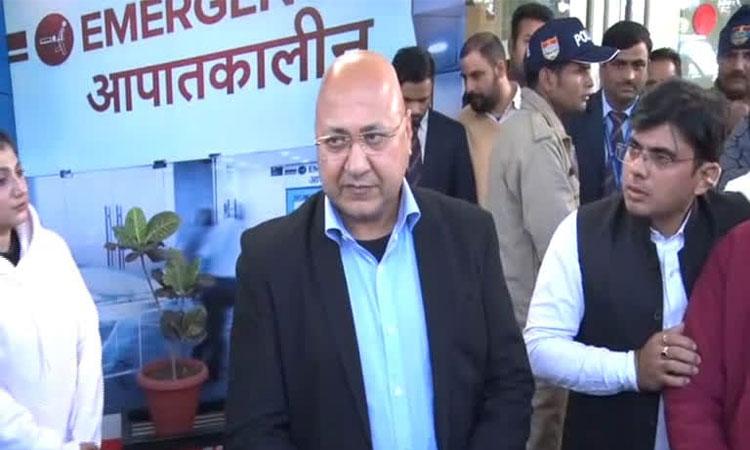 Rishabh Pant being shifted to Mumbai for further treatment, confirms DDCA Director Shyam Sharma
IANS - Wednesday , 04 January 2023 | 01 : 33 PM
On December 30, early in the morning, Pant suffered multiple injuries when his car collided with a road divider and caught fire on the Delhi-Dehradun highway. The horrific car accident happened between Manglaur and Narsan in the Haridwar district in the state of Uttarakhand. The 25-year old is currently admitted at Max Hospital in Dehradun after being initially taken to Saksham Hospital Multispecialty and Trauma Centre. He was on his way to his hometown Roorkee from New Delhi and was driving his Mercedes car. In the latest development, DDCA) Director confirmed that Pant will now be taken to Mumbai 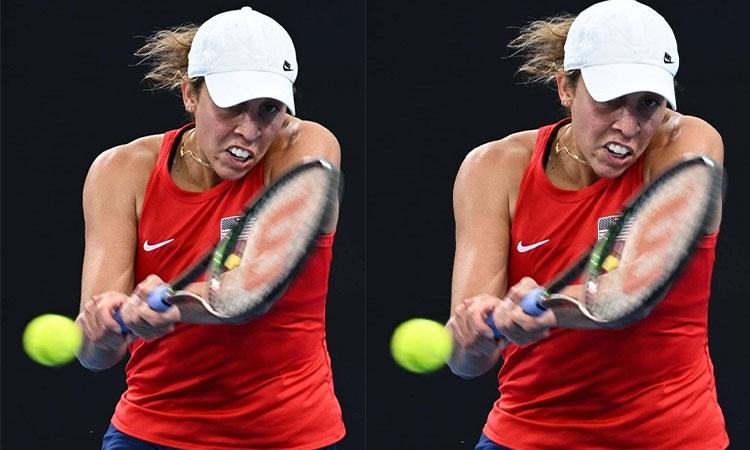 United Cup: Madison Keys gives USA early lead over Britain in City Final
IANS - Wednesday , 04 January 2023 | 12 : 43 PM
World No. 7 Keys registered a 2-6, 6-3, 6-4 win over Swan after rallying from a set down. Britain has served as a fantastic underdog foil at the United Cup, as they staged upset wins over Australia and Spain in the group stage. Swan looked keen to continue the trend, as she took the opening set 2-6. But, the American bounced back quickly to take the second set but could not hold on to an early lead in the decider. Swan broke back to 3-3 in the third set off a double-fault from the American. Keys then showed her experience in the end. She played a disciplined and patient return game 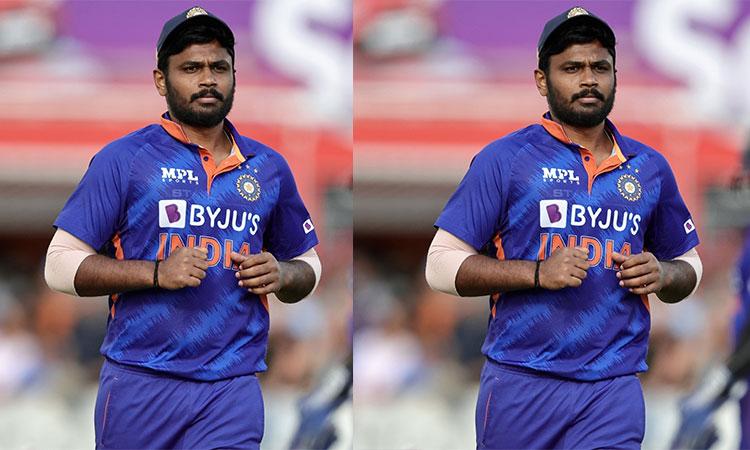 Sanju Samson's shot selection sometimes lets him down: Sunil Gavaskar
IANS - Wednesday , 04 January 2023 | 12 : 32 PM
During the first T20I on Tuesday, Samson received a lifeline on the third ball of the seventh over as the fielder missed an opportunity to take a catch at deep mid-wicket. But on the fifth ball of the over, Samson went for a huge across-the-line hoick and the leading edge was caught by short third man off Dhananjaya de Silva for just five runs. "And this time, it's the leading edge going to short third man. He is such a fine player. Sanju Samson has so much talent but his shot selection sometimes lets him down. And this is one more occasion where it has disappointed," said Gavaskar on air during the match.
Advertisement 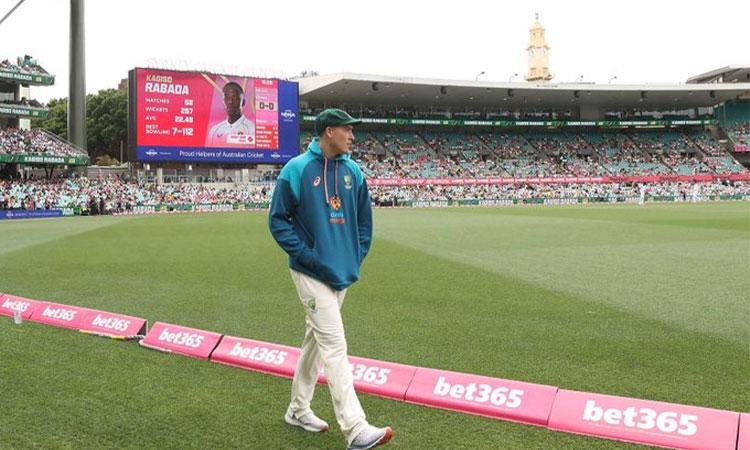 3rd Test: Renshaw named in Australia XI despite testing positive for Covid-19
IANS - Wednesday , 04 January 2023 | 12 : 21 PM
Playing his first Test since 2018, Renshaw, who returned a positive rapid antigen test after feeling unwell before play for the SCG Test, was named in the playing XI anyway, listed to bat at number six. The left-handed batter stood separately from team-mates during the anthems and was then seen sitting away from the dugout on the boundary edge. "Australian batter Matthew Renshaw reported feeling unwell shortly before play in the third Test match against South Africa in Sydney and was separated from the squad. Renshaw has since returned a positive RAT test. 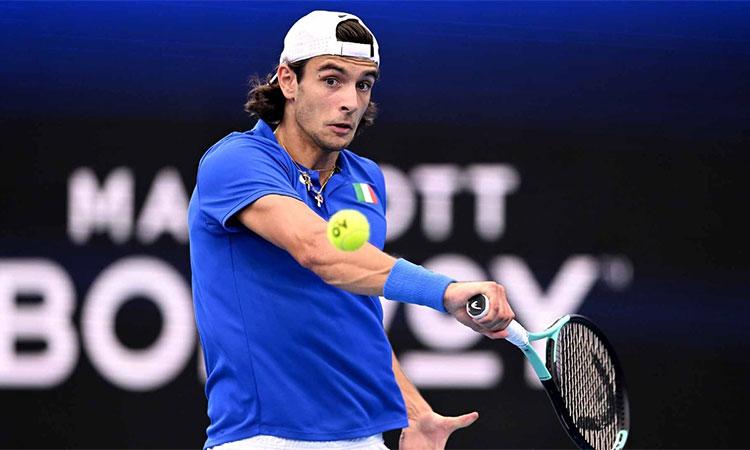 United Cup: Musetti gives Italy lead against Poland in City Final
IANS - Wednesday , 04 January 2023 | 10 : 51 AM
The two-time ATP Tour titlist and Next Gen ATP Finals alumnus was in full control on Pat Rafter Arena, showing his class in a 6-1, 6-1 win against the World No. 260. The Italian lost just three service points in his 58-minute victory. "Of course the serve worked really well. But I mean every shot (I) had a great feeling with the ball since the first hit on the court. I think I played for sure the best match of the year," Musetti said. Poland will look to quickly strike back when WTA World No. 1 Iga Swiatek takes the court against World No. 27 Martina Trevisan, a lefty who made last year's Roland Garros semi-finals.
Advertisement