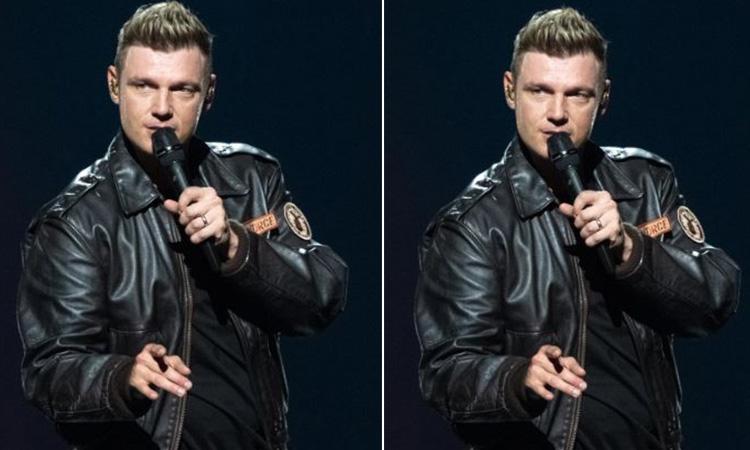 Nick Carter returns to stage with Backstreet Boys, days after being accused of rape
IANS - Saturday , 10 December 2022 | 07 : 12 PM
The Backstreet Boys singer, Nick Carter, performed along with his band mates at iHeartRadio's Jingle Ball stage for their performance at New York's iconic Madison Square Garden, reports mirror.co.uk. The whole band was dressed in white for the annual festive event, which pulled together some of the biggest names in music to a crowd of thousands, who sang along to their biggest hits. 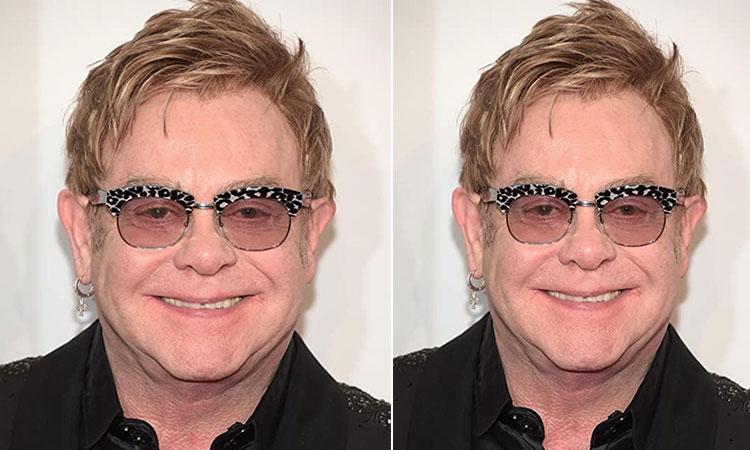 Elton John quits Twitter, says 'Misinformation is used to divide our world'
IANS - Saturday , 10 December 2022 | 06 : 19 PM
The 'I Guess That's Why They Call It the Blues' singer Elton John sent out his last tweet on Friday (Dec 9), writing: "All my life I've tried to use music to bring people together. Yet it saddens me to see how misinformation is now being used to divide our world," reports Billboard. 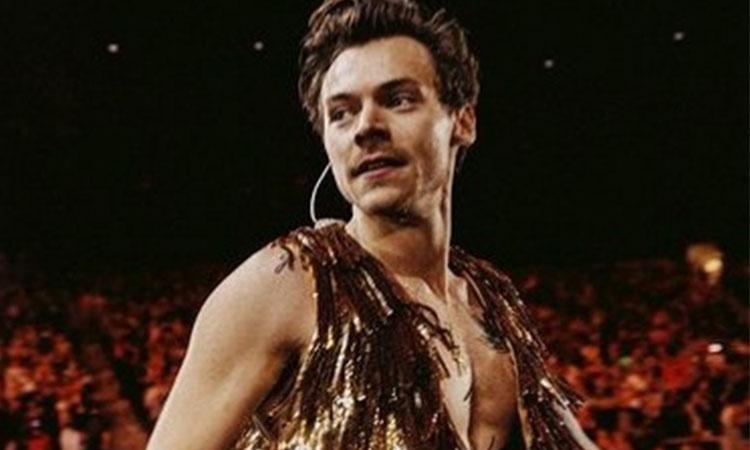 Harry Styles' merchandise truck hijacked by gunmen ahead of Brazil show
IANS - Saturday , 10 December 2022 | 05 : 36 PM
A truck carrying Harry Styles' tour merchandise was hijacked by a group of armed men in Brazil. The incident happened a few days before the 'As It Was' hitmaker's performance at Pedreira Paulo Leminski, reports aceshowbiz.com.

Taylor Swift to make directorial debut with her original script
IANS - Saturday , 10 December 2022 | 01 : 57 PM
She has written an original script, which will be produced by the Oscar-winning studio behind 'Nomadland' and 'The Shape of Water', reports Variety. Other key details, like a plot and casting, are being kept under wraps until a later date, but landing the project from one of the world's most successful musicians is a coup.
Advertisement

Nick Carter accused of raping underage autistic girl during Backstreet Boys tour in 2001
IANS - Friday , 09 December 2022 | 09 : 48 PM
The alleged victim Shannon Ruth, who has autism and cerebral palsy, claims that the 'I Want It That Way' band member assaulted her on their tour bus in 2001 when she was 17 years old, reports mirror.co.uk. She held a press conference alongside lawyers, which was livestreamed on Facebook, and appeared distraught while reading allegations. 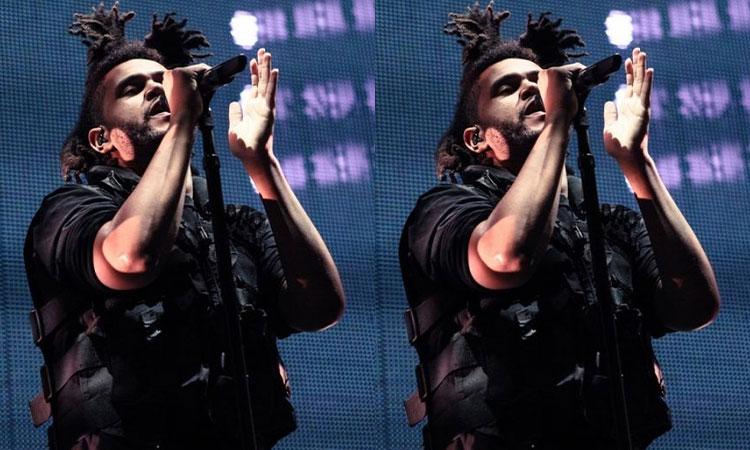 New music from The Weeknd for 'Avatar: The Way of Water' on the cards
IANS - Monday , 05 December 2022 | 03 : 40 PM
The Canadian singer recently uploaded a short clip displaying the film's logo and December 16 release date, reports 'Variety'. In the background, a choir can be heard, supported by a booming drum beat -- reminiscent of the previous film's grandiose James Horner score.

Ashanti claims producer asked her to shower with him
IANS - Saturday , 03 December 2022 | 10 : 29 AM
The 42-year-old singer said she had a "crazy situation with one producer" she had worked with for several weeks who then ordered her to get naked with him or face paying him $40,000 for each track he recorded with her, reports femaefirst.co.uk. Speaking on the 'Breakfast Club' radio show, she said: "We did two records together, he was like.

Shania to release 'Come on Over' deluxe version with Sir Elton, Nick Jonas
IANS - Monday , 28 November 2022 | 07 : 20 PM
The new edition will feature two live versions of her No. 1 hit 'You're Still the One' - one with Chris Martin that was recorded in Las Vegas earlier this year, and another with Elton John taped in Miami in 1999. According to People, the album will also feature a duet with Nick Jonas on 'Party for Two', recorded at Stagecoach in 2017.
Advertisement 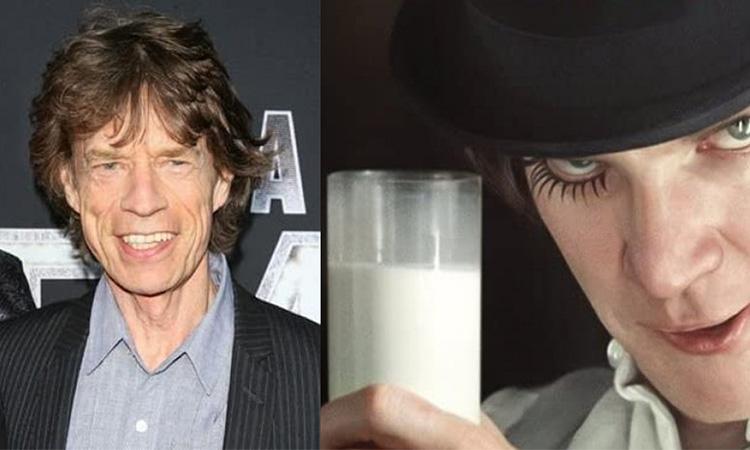 Mick Jagger wanted to star in 'The Clockwork Orange', recalls Malcolm McDowell
IANS - Sunday , 27 November 2022 | 04 : 55 PM
The guest of honour, Malcolm McDowell, who is celebrating the 50th anniversary of the release of 'A Clockwork Orange', spoke about how Mick Jagger wanted to star in the film, and the time when Paul McCartney almost composed the score to another one of McDowell's films, 'The Raging Moon', added Variety. 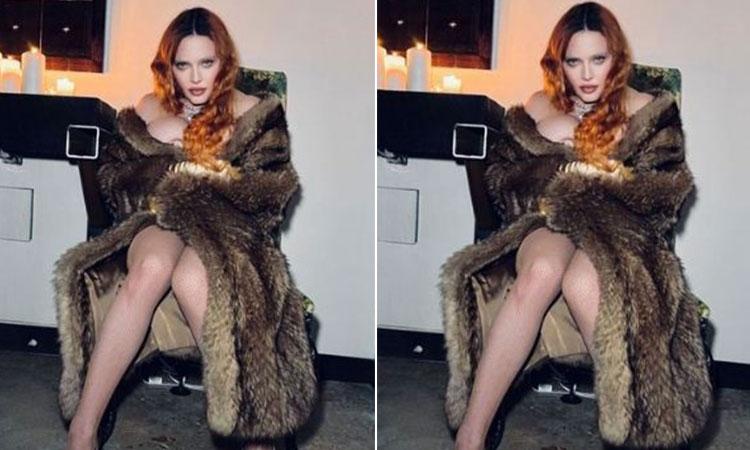 WATCH | Madonna flashes bare bust in risque video after begging trolls to 'stop bullying' her
IANS - Tuesday , 22 November 2022 | 08 : 00 PM
Making use of her Instagram account on Monday, November 21, the "Vogue" songstress posted a very sexy video with a caption that read: "I'm in the mood for love." In the clip, the Queen of Pop wore a nude corset, matching underwear, a brown fur coat, classic fishnet stockings and gold heels, reports aceshowbiz.com.
Advertisement