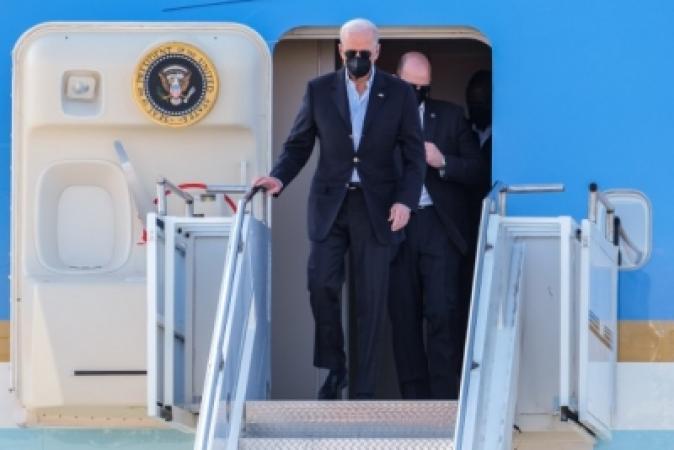 Biden to travel to S.Korea, Japan in May: WH
IANS - Thursday , 28 April 2022 | 09 : 23 AM
According to a statement attributed to Press Secretary Jen Psaki, Biden will travel to the two countries from May 20-24, marking his first visit to Asia since taking office in January 2021. "This trip will advance the Biden-Harris administration's rock-solid commitment to a free and open Indo-Pacific and to US treaty alliances with South Korea and Japan," Psaki was quoted as saying in the statement issued late Wednesday. 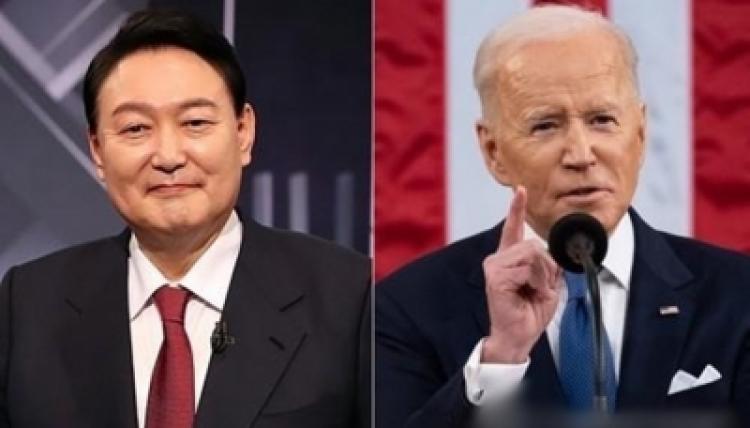 White House official in Seoul to discuss Yoon-Biden summit
IANS - Monday , 25 April 2022 | 09 : 29 AM
Edgard Kagan, senior director for East Asia and Oceania at the National Security Council, has been in Seoul since Saturday for meetings with the transition team's key members in charge of foreign policy to discuss details for the proposed summit, Yonhap News Agency reported citing an informed source as saying. 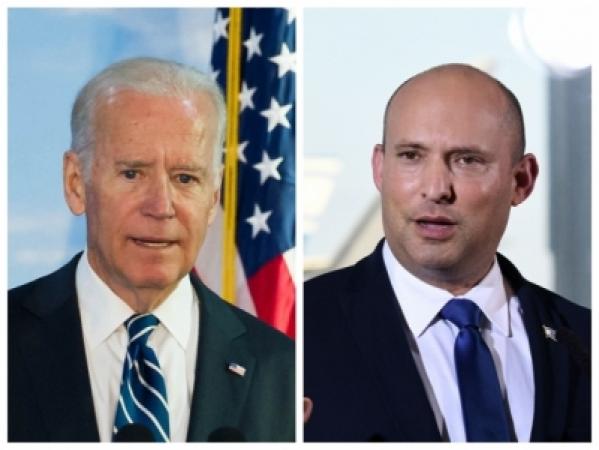 Joe Biden accepts Bennett's invitation to visit Israel
IANS - Monday , 25 April 2022 | 06 : 43 AM
The two leaders discussed over the phone Iran's demand to delist its Islamic Revolution Guards Corps (IRGC) from the US terror list, according to a statement by the office on Sunday. "I am sure that President Biden, a true friend of Israel who cares about its security, will not be able to remove the IRGC from the list of terrorist organisations," Bennett said in the statement. 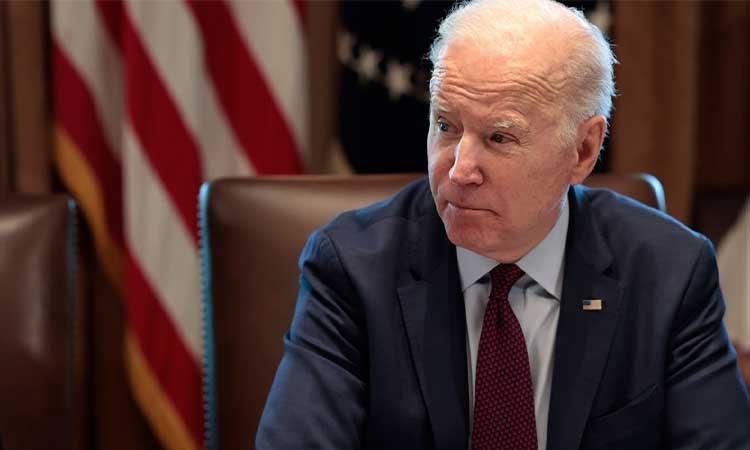 Biden's job approval rating stuck in low 40s: Poll
IANS - Saturday , 23 April 2022 | 10 : 57 AM
Biden enjoyed majority approval ratings during his first two quarters in office. His job approval ratings in eight Gallup polls conducted since September 2021 have ranged narrowly between 40 per cent and 43 per cent. Last year's surge in new Covid-19 cases, the troubled US withdrawal from Afghanistan, and rapidly increasing gas prices and inflation, have led to a decline in the veteran Democrat's public support, Gallup wrote in an analysis of the numbers.
Advertisement 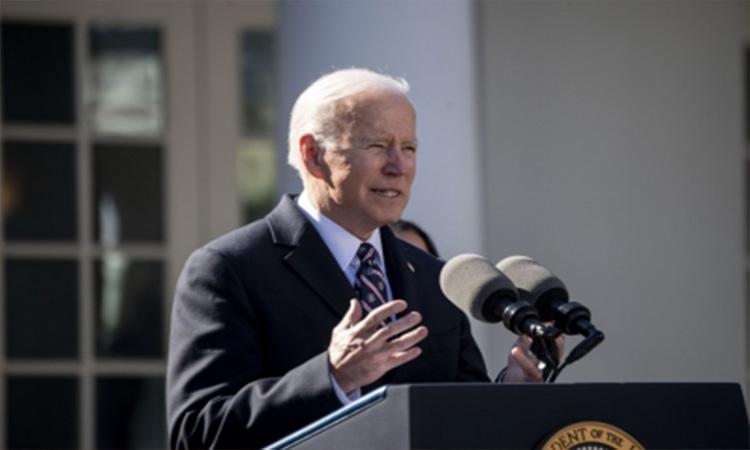 Biden announces additional $800mn in security assistance to Ukraine
IANS - Friday , 22 April 2022 | 10 : 21 AM
Biden made the announcement on Thursday shortly his meeting with visiting Ukrainian Prime Minister Denis Shmyhal during which they "discussed recent developments in Russia's brutal war of aggression against Ukraine", according to a White House statement. In his announcement to mediapersons, the President said the additional assistance was "to further augment Ukraine's ability to fight in the east � in the Donbas region". 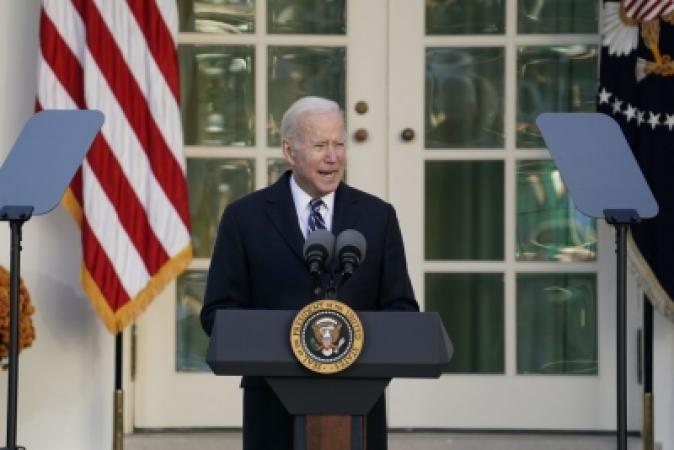 White House holds first Easter Egg Roll in two years
IANS - Tuesday , 19 April 2022 | 10 : 02 AM
"To all of you, have fun today and welcome to the White House," US President Joe Biden said from the Blue Room balcony to a crowd of children and their parents. Biden was joined by his wife - Jill Biden - and two Easter Bunnies on a rainy and chilly day, Xinhua news agency reported. "My job is to keep it from raining for another two minutes," he joked. 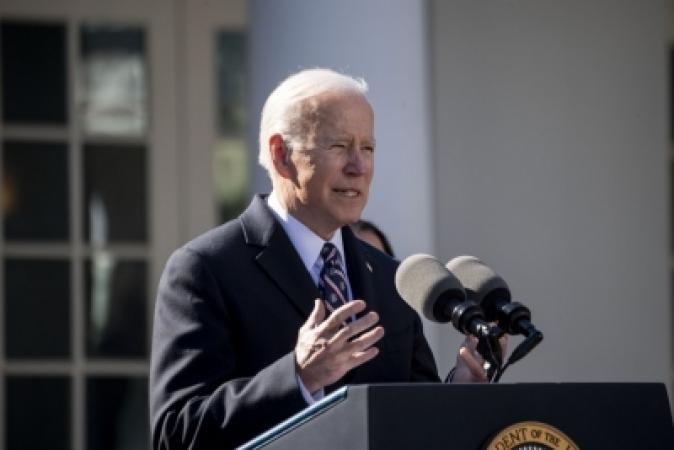 Joe Biden administration moves to curb proliferation of 'ghost guns'
IANS - Tuesday , 12 April 2022 | 10 : 47 AM
The new measures were announced by the US administration on Monday. In 2021 alone, there were nearly 20,000 suspected ghost guns reported to the Bureau of Alcohol, Tobacco, Firearms and Explosives (ATF) as having been recovered by law enforcement in criminal investigations -- a ten-fold increase from 2016.

2+2 leaders discuss expanding cooperation to new areas of defence, geography
IANS - Tuesday , 12 April 2022 | 10 : 19 AM
External Affairs Minister S. Jaishankar, Defence Minister Rajnath Singh, Secretary of State Antony Blinken and Defence Secretary Lloyd Austin "committed to deepening cooperation in new defence domains, such as space and cyberspace, as the US and Indian militaries jointly meet the challenges of this century", the readout issued by the Pentagon after Monday's meeting said.
Advertisement 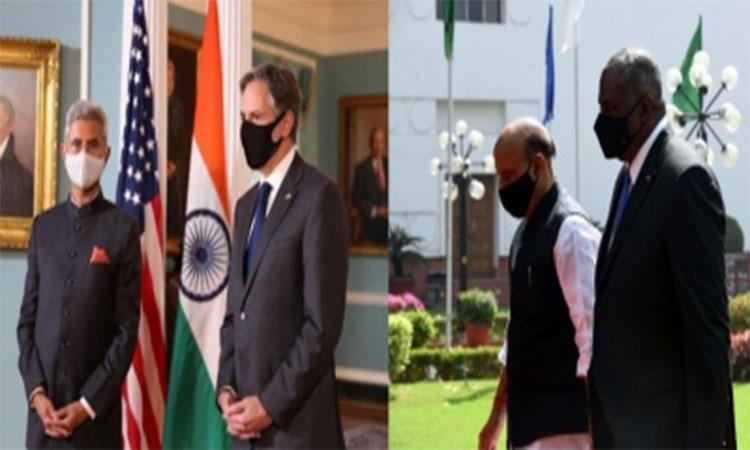 India, US to sign space MoU during 2+2 meeting
IANS - Monday , 11 April 2022 | 09 : 29 AM
The Space Situational Awareness Memorandum of Understanding (MoU) aims to protect the satellites of the two countries. External Affairs Minister S. Jaishankar and Defence Minister Rajnath Singh will be meeting with Secretary of State Antony Blinken and Defence Secretary Lloyd Austin for the Fourth 2+2 Ministerial Dialogue that will finally take place after being postponed in December 2021. 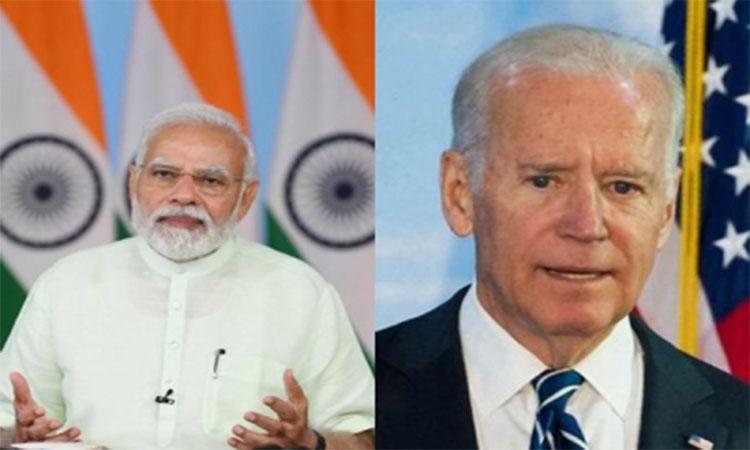 Joe Biden to hold virtual summit with Modi on Monday: White House
IANS - Monday , 11 April 2022 | 06 : 21 AM
While the relations between the two largest democracies have been growing at an unprecedented pace, they have been at odds over the Russian invasion of Ukraine with India trying to stay neutral to the consternation of the US. The US has been trying to persuade India to join it in taking a harder line against Russia.
Advertisement