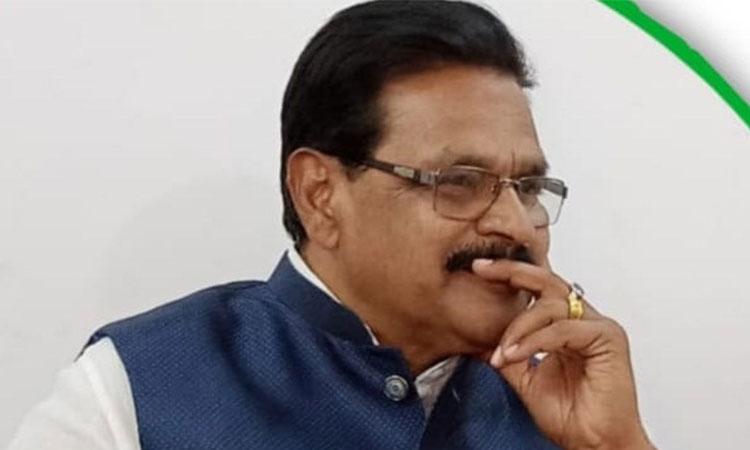 Warrant against Bihar law minister triggers 'tension' between JD-U and RJD
IANS - Thursday , 18 August 2022 | 09 : 02 AM
On Wednesday, neither deputy Chief Minister Tejashwi Yadav or any other minister from the RJD were not present at an event organised in the Bihar Vidhan Parishad which was attended by Chief Minister Nitish Kumar along with other ministers of the JD-U. Similarly, in another instance, state Agriculture Minister Sudhakar Singh as well as Disaster Management Minister Mohammed Shahnawaz Alam -- both from RJD quota, remained absent during an assessment meeting on state's drought situation. The meeting was chaired by Chief Minister Nitish Kumar. 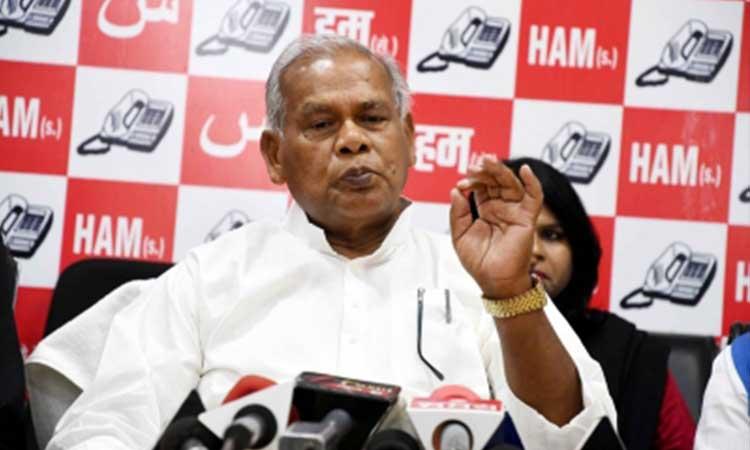 Prior to Nitish Kumar, Bihar CM's residence used for giving shelters to criminals: Jitan Ram Manjhi
IANS - Wednesday , 17 August 2022 | 09 : 57 AM
"Nitish Kumar and Tejashwi Yadav will not take the burden of slander on their respective parties and the government. Hence, they will not allow crime and criminals to flourish in Bihar and give a tag of Jungle Raj. BJP is eyeing on the opportunity to target this government which these two leaders are well aware of," the HAM leader asserted. 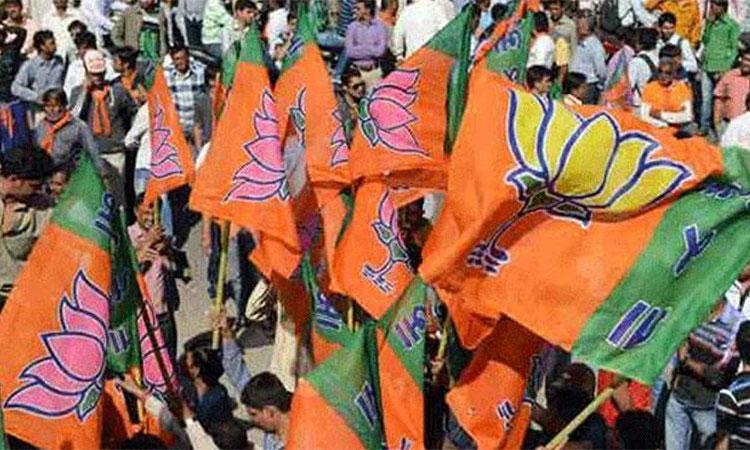 BJP prepares strategy for party's statewide expansion in Bihar
IANS - Wednesday , 17 August 2022 | 09 : 31 AM
The BJP has prepared a strategy to win more than 35 of the 40 Lok Sabha seats in the state in the 2024 Lok Sabha elections. In a meeting chaired by J.P. Nadda, in the presence of Amit Shah at the party's national headquarters, the party has given clear instructions to its leaders in the state to strengthen the party's base in the whole of Bihar, party sources said. Senior party leaders associated with the state were told to expose the "deceitful" alliance by going among the public and winning more than 35 seats in Bihar in the 2024 Lok Sabha elections, they added. 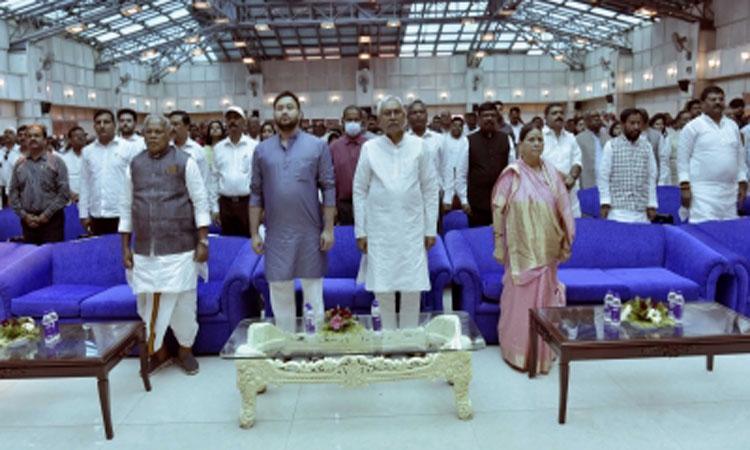 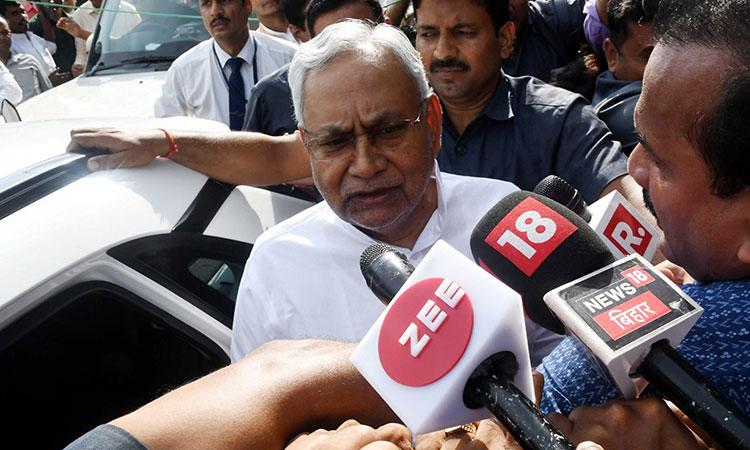 Nitish Kumar calls 1st cabinet meeting to distribute portfolios to ministers
IANS - Tuesday , 16 August 2022 | 04 : 39 PM
Nitish Kumar has called for the first Cabinet meeting at 4.30 p.m. on Tuesday where the new Ministers will receive their portfolios. "The distribution of the various state departments will be done during the Cabinet meeting on Tuesday. Now Bihar will move on the path of development with full speed," the Chief Minister added. Nitish Kumar is likely to retain the Home Minister and General Administration portfolios in the Bihar government and Rashtriya Janata Dal (RJD) leader Tejashwi Yadav will become the new Health Minister. JD-U's Vijay Kumar Choudhary is expected to become the new Bihar Finance Minister. 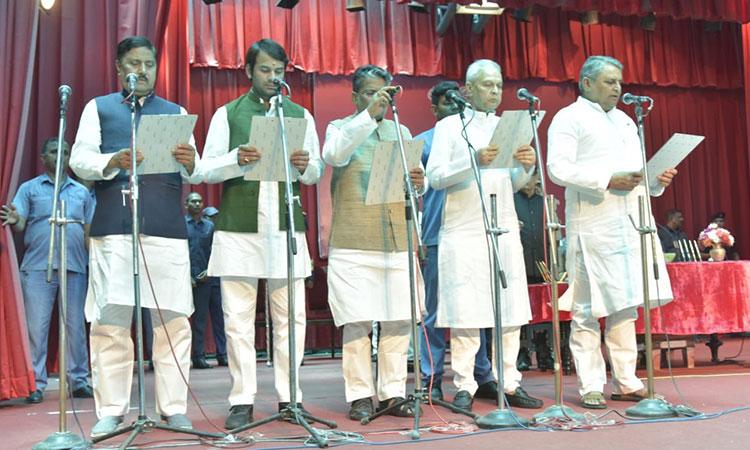 Bihar cabinet expansion: 31 legislators take oath, RJD gets lion's share
IANS - Tuesday , 16 August 2022 | 02 : 49 PM
As anticipated, the RJD being the single largest party in the state, has secured a lion's share of the ministerial berths. Among the ministers who took oath on Tuesday, 16 were from RJD, 11 from Nitish Kumar's JD(U), two from the Congress, one from Jitan Ram Manjhi's Hindustani Awam Morcha (HAM) and an Independent MLA. From the JD(U) the legislators who took oath as ministers are: Vijay Kumar Chaudhary, Bijendra Prasad Yadav, Ashok Chaudhary, Sharavan Kumar, Lesi Singh, Sunil Kumar, Sheela Mandal, Jayant Raj, Jama Khan, Sanjay Jha and Madan Sahani. 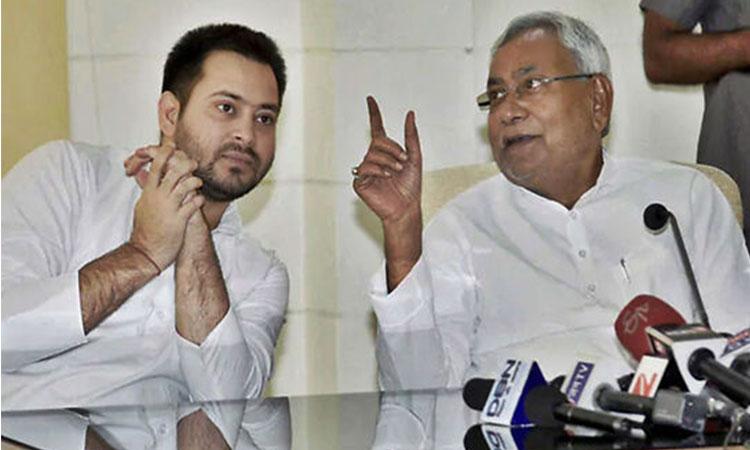 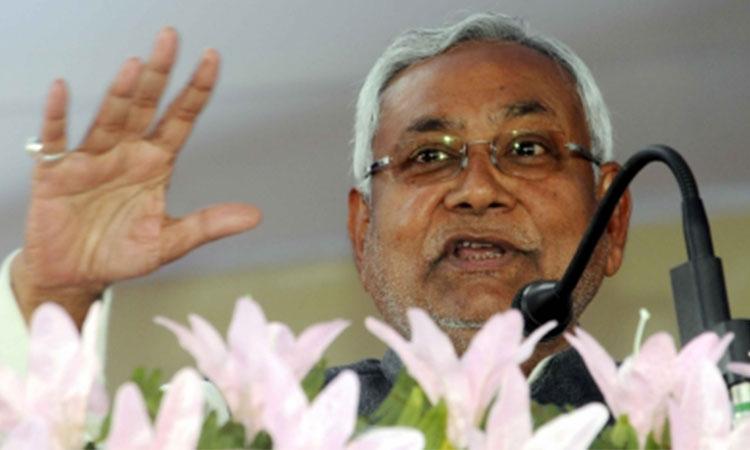 Nitish Kumar likely to expand Bihar cabinet on Tuesday
IANS - Tuesday , 16 August 2022 | 09 : 24 AM
Sources in the RJD confirmed that Madhepura MLA and Yadav leader Chandrashekher Yadav selected in the cabinet and he is most likely to take oath in the Raj Bhawan. Mohammad Shahnawaz, a Muslim leader who represents the Seemanchal area, and recently joined the RJD after leaving the AIMIM, would be also included in the cabinet. The RJD during 2020 assembly election did not perform well in the Seemanchal, and keeping that in mind, the RJD would not take any chances to compromise on the Muslim vote bank of Seemanchal area.
Advertisement 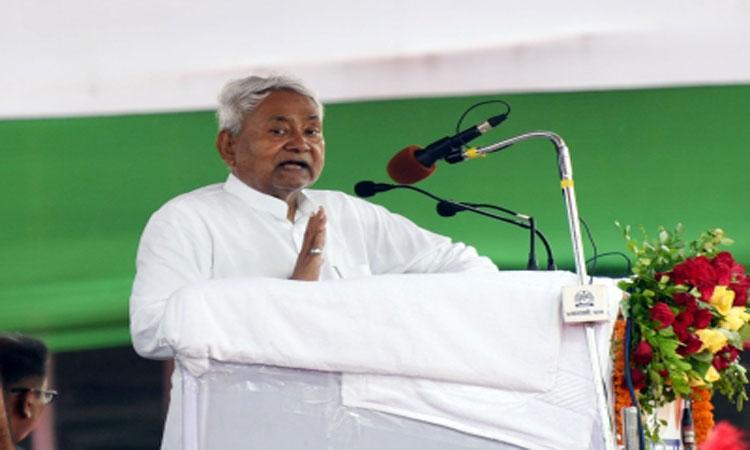 20 lakh jobs for Bihar youth: Nitish's I-Day announcement
IANS - Monday , 15 August 2022 | 03 : 59 PM
"Our ambition is to provide jobs to 20 lakh in government and private sectors in the state. Now, people of the new generation (Tejashwi Yadav) have come with us, hence, we will jointly execute our work to provide jobs to the people of Bihar. Our eventual goal is to bring Bihar to the developed state category," Kumar said.

Bihar: CPI (ML) not to take ministerial berth in new govt
IANS - Sunday , 14 August 2022 | 09 : 14 AM
Dipankar Bhattacharya, the national general secretary of CPI (ML), made the announcement on Saturday. "We are part of the seven party government in Bihar but we will not take any ministerial berth in it. The Bihar Chief Minister has taken an extremely bold decision in the interest of the nation which is highly appreciable. We will fully support him for the smooth functioning of this government," Bhattacharya said.
Advertisement