'One MLA, One Pension' will save Rs 100 crore: Punjab CM
IANS - Saturday , 13 August 2022 | 08 : 27 PM
Governor Banwari Lal Purohit gave nod to the gazette notification of 'One MLA, One Pension' amendment.In a statement, the Chief Minister said in the last 75 years, the elected representatives have turned into political executives by drawing extravagant salaries and pensions from the state exchequer. He said the entire burden of the pension facility extended to these leaders is met by taxpayers. 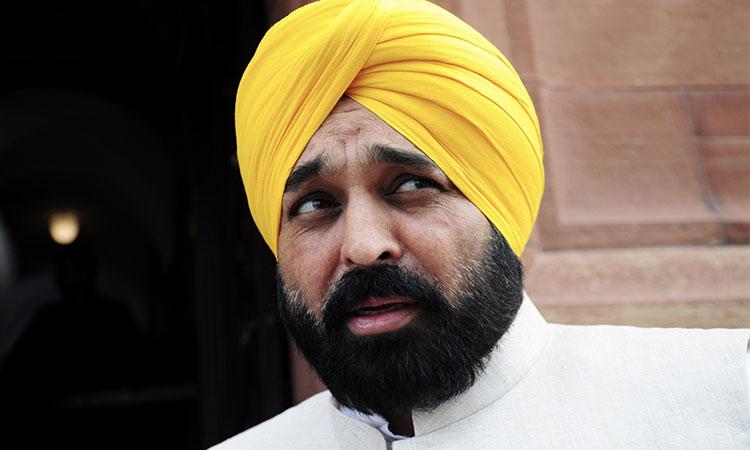 'Attack on states' authority': Punjab CM opposes Electricity Amendment Bill
IANS - Monday , 08 August 2022 | 05 : 59 PM
"Through such nefarious designs, the Union government is weakening the foundations of the federal structure," he said. Mann said this is another attempt made by the Centre to undermine the authority of the states, and categorically said the Union government should not consider the states as puppets. States will not sit silently against this attempt of the Centre to dilute the federal spirit of democracy, he added. 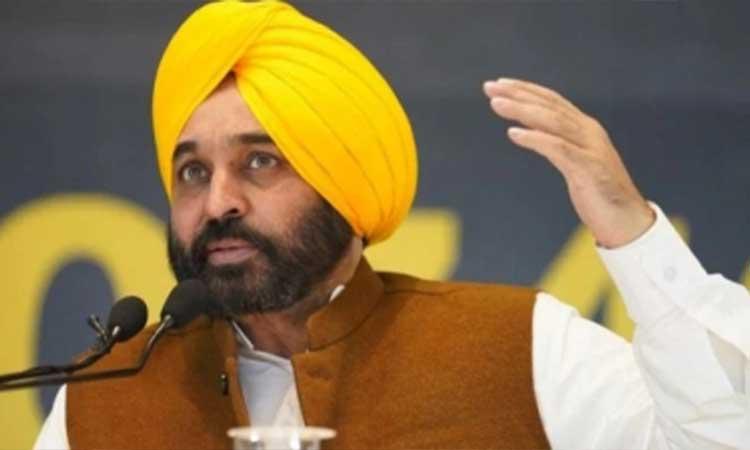 Punjab CM appears in court over rioting case
IANS - Saturday , 06 August 2022 | 05 : 01 PM
The AAP leaders led a party protest in January 2020 against the then Congress government led by Capt Amarinder Singh against the power tariff hike. However, the court had granted exemption from appearance to another Cabinet minister Aman Arora. A case was registered against AAP leaders, including Mann and Cheema, on charges of pelting Chandigarh Police with stones in a demonstration on January 10, 2020. 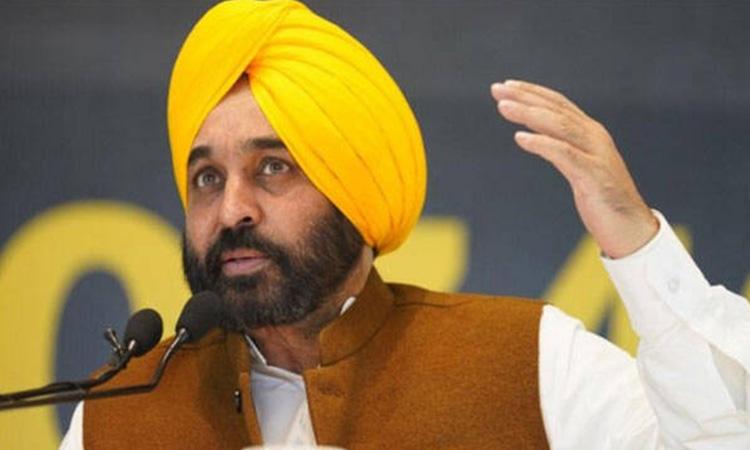 Reconstitute MSP panel giving due representation to Punjab, Mann to PM
IANS - Friday , 22 July 2022 | 05 : 51 PM
In a letter marked to the Prime Minister, Home Minister Amit Shah and Agriculture Minister Narendra Tomar, Mann said, "It is ironical that the state which has most successfully implemented MSP since the initiation of this scheme has been kept out the committee."
Advertisement 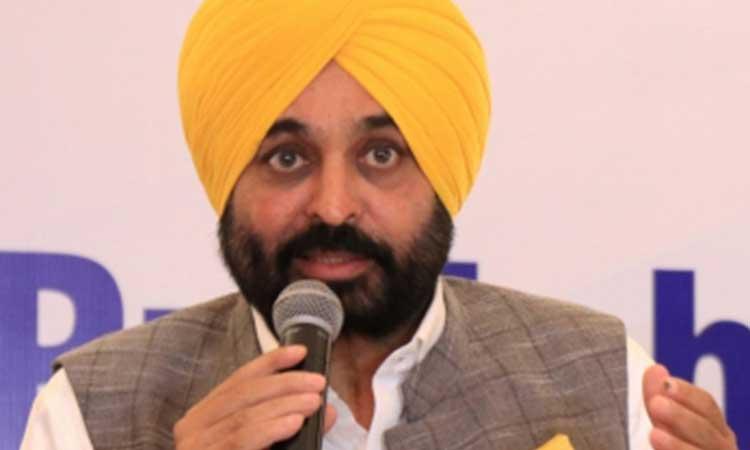 Punjab CM Bhagwant Mann admitted to Delhi hospital
IANS - Thursday , 21 July 2022 | 11 : 51 AM
The CM was admitted for treatment in Delhi's Apollo Hospital on Wednesday after a complaint of stomach pain. As per the information, Mann was diagnosed with an infection. A source told IANS that he was being treated under a team of multi doctors. The CM has been admitted to a private ward in the hospital and his health condition is normal. 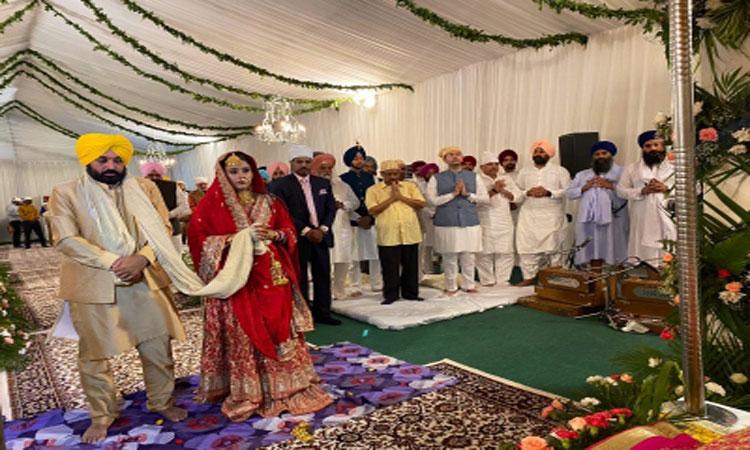 Punjab CM starts second innings, marries doctor Kaur
IANS - Thursday , 07 July 2022 | 04 : 01 PM
It is for the first time that a marriage ceremony was solemnised in the Chief Minister's residence. Mann, 48, divorced his first wife Inderpreet Kaur in 2015. He has two children from that marriage -- daughter Seerat Kaur Mann (21) and son Dilshan Singh Mann (17), who attended Mann's swearing-in ceremony on March 16. The Chief Minister made a surprise wedding announcement a day earlier. 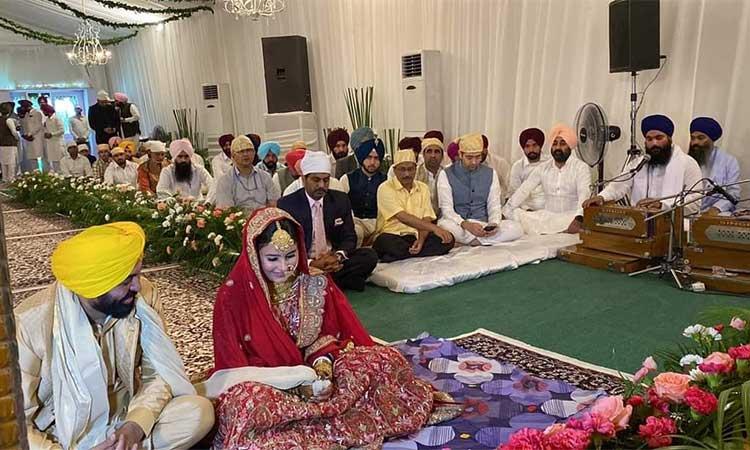 Embarking on new journey, Kejriwal wishes groom Bhagwant Mann
IANS - Thursday , 07 July 2022 | 03 : 18 PM
"My younger brother is getting married and embarking on a new journey. My best wishes to him," Kejriwal told the media on reaching the Chandigarh airport to attend a low-key wedding ceremony of Mann with Gurpreet Kaur, a doctor by profession, at his official residence in Chandigarh. 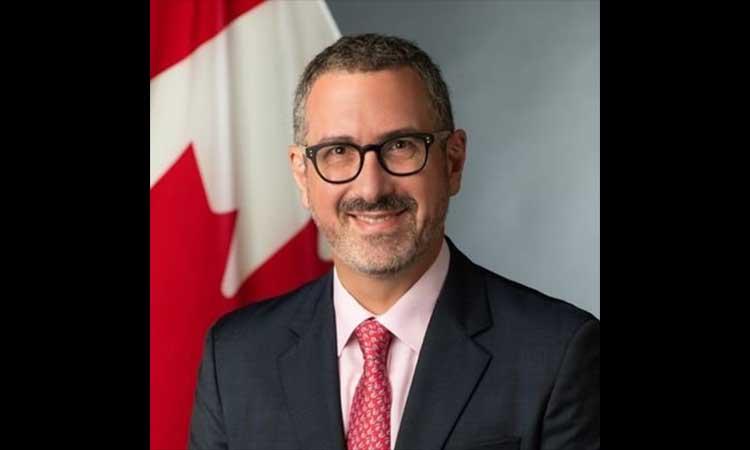 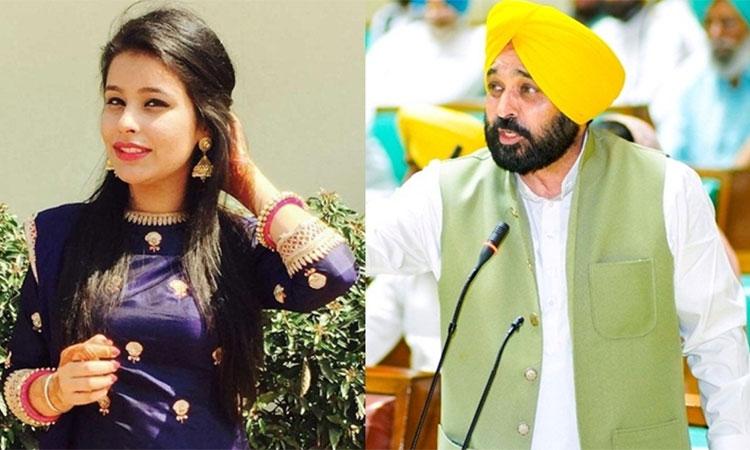 Auspicious day has come', says Punjab CM's would-be bride
IANS - Thursday , 07 July 2022 | 11 : 40 AM
"Din Shagna Da Chadyaa (the auspicious day has come (for her wedding)," would-be bride Gurpreet Kaur tweeted, by posting her photo. In her Twitter account, she posted a picture of Jangir Kaur, 80, from Barnala, who turned into poster women of the farmers' agitation against three Central farm laws and had received lots of praise on the social media. 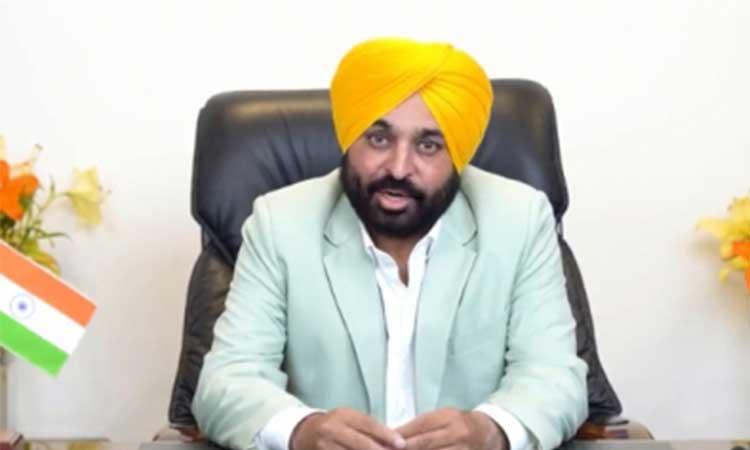 Punjab CM orders probe by sitting HC judge into Moosewala killing
IANS - Monday , 30 May 2022 | 02 : 48 PM
The Chief Minister, while acceding to the request of Balkar Singh Sidhu, the father of slain singer, said the state government will be requesting the Chief Justice of the High Court to get the case enquired into by a sitting judge. Mann said the state government will ensure full cooperation to this enquiry commission, including roping in of any of the central agencies like National Investigation Agency (NIA).
Advertisement