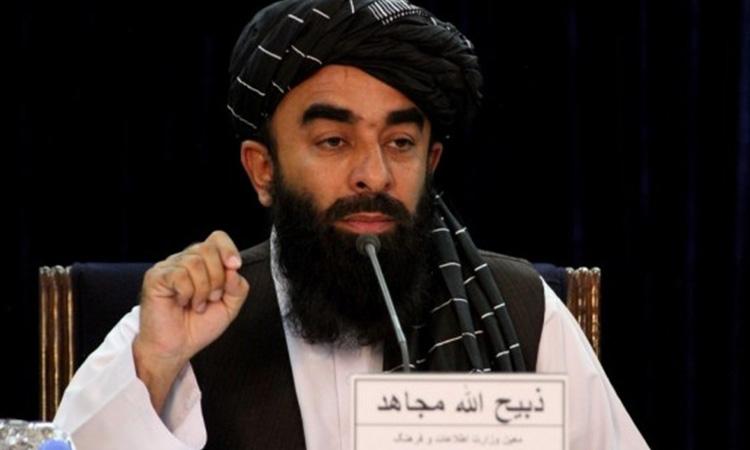 Taliban hints at involvement of a foreign hand behind attack on Pakistan embassy in Kabul
IANS - Monday , 05 December 2022 | 11 : 07 PM
Mujahid said that during the investigation, they learned that the planning of the attack was jointly carried out by IS and another militant group. He also hinted at involvement of a foreign hand in it which aimed at ruining relations between two Islamic neighbouring countries, Samaa TV reported. 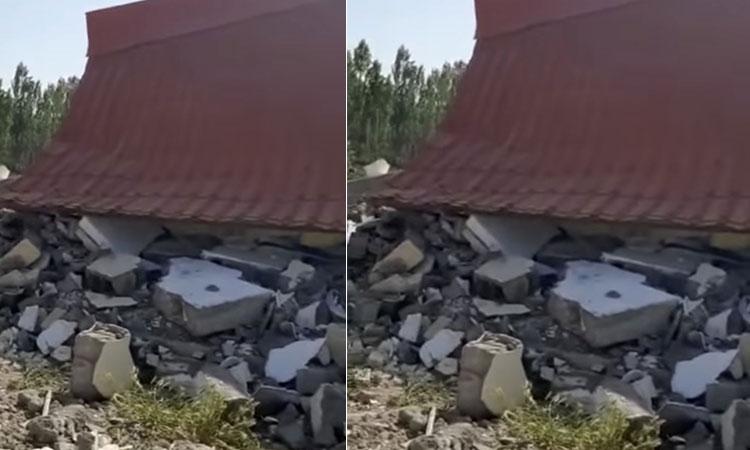 Iran destroys family home of rock climber who competed without headscarf
IANS - Monday , 05 December 2022 | 08 : 31 PM
In the undated video, the brother of Iranian rock climber Elnaz Rekabi, himself an athlete, is seen sobbing by the ruins of a home with medals on the ground, the Daily Mail reported. Rekabi, 33, and her brother Davoud were both reportedly arrested after Rekabi's return to Iran following the tournament in South Korea in October in which she competed without a headscarf. 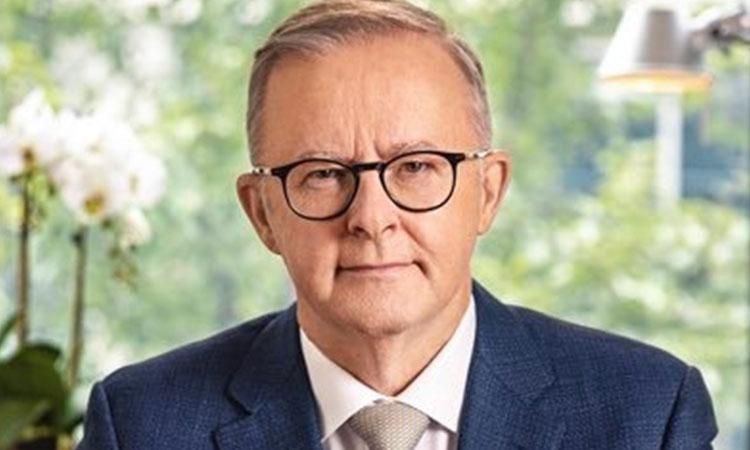 Australian PM tests positive for Covid
IANS - Monday , 05 December 2022 | 05 : 58 PM
Taking to Twitter, Albanese said: "This afternoon I had a routine PCR test which has returned a positive result for Covid-19. I will be isolating and will continue to work from home. "I encourage anyone who is unwell to test and to take any extra precautions to keep their families and neighbours well." 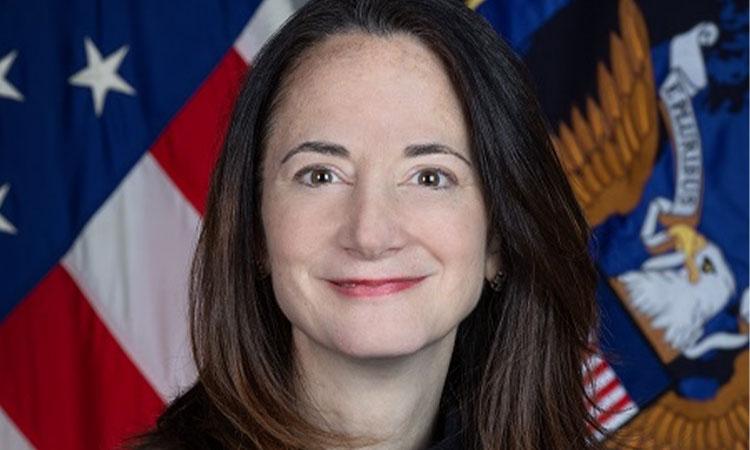 Putin better informed now about Ukraine war, says US
IANS - Tuesday , 06 December 2022 | 09 : 39 AM
Speaking at a defence forum, Avril Haines, the US Director of National Intelligence, indicated Putin was no longer as insulated from bad news about the conditions facing his invasion of Ukraine as he was earlier in the campaign, The Guardian reported. Alluding to past assessments that Putin's advisers could be shielding him from bad news, Haines said he was "becoming more informed of the challenges that the military faces".
Advertisement 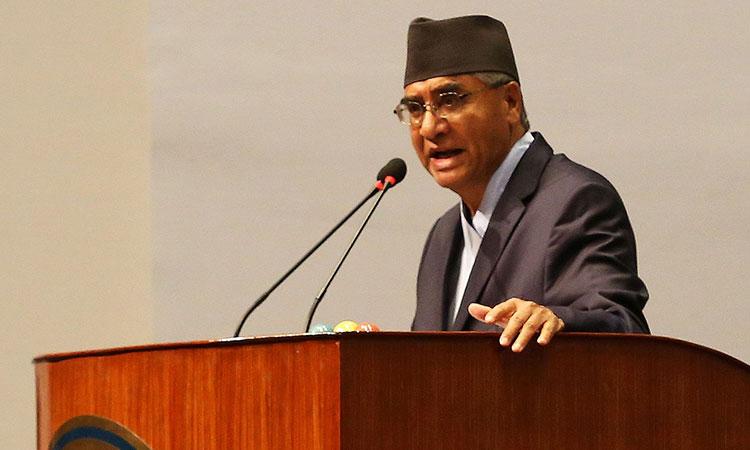 Nepali Congress emerges as largest party
IANS - Monday , 05 December 2022 | 04 : 10 PM
The update revealed that the CPN-UML secured 44 seats followed by CPN (Maoist Centre) with 18. Nepali Congress had contested 91 out of the 165 seats under the First-Past-The-Post (FPTP) due to the alliance with other parties. Similarly, the ruling party has secured the second position under the proportional vote count after the UML. 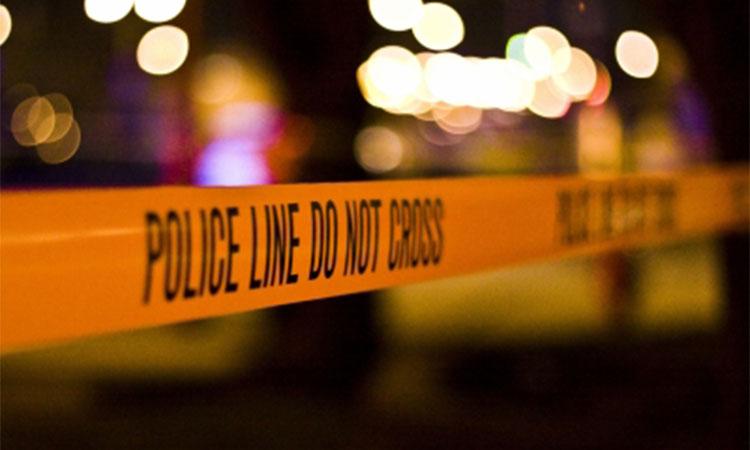 Iran accuses Western officials of 'false human rights gestures'
IANS - Monday , 05 December 2022 | 10 : 00 AM
Nasser Kanaani made the remarks on his Twitter account after posting a screenshot of a Sky News report that British Prime Minister Rishi Sunak promised to give the British police new powers to clamp down on "illegal protests", Xinhua news agency reported.

Fears of deadly infection surge as China abandons zero-Covid policy
IANS - Monday , 05 December 2022 | 10 : 54 AM
In Beijing, people prepared to go into shopping malls or on public transport without a recent negative test, The Guardian reported. Elsewhere, they were allowed to enter parks and supermarkets without checks, or told they could quarantine at home - rather than a government facility - if they had come into contact with a case.
Advertisement

Imran seeks power even if it undermines Pakistan's foundations: Shehbaz Sharif
IANS - Monday , 05 December 2022 | 10 : 50 AM
The PTI and the coalition government are at loggerheads as the former presses on holding early elections. However, the ruling alliance has ruled out snap polls and vowed to not come under Khan's pressure, Geo News reported. "Imran's recent diatribe against parliamentary democracy is the latest in a series of attacks that fly in the face of how democracy functions in modern nation-states," Sharif said in a tweet.

Imran Khan accuses Gen Bajwa of playing 'double game' against his govt
IANS - Monday , 05 December 2022 | 12 : 46 AM
In an interview with a local TV channel, the ex-premier regretted that he put his trust in the then army chief. Khan, who was ousted from power via opposition's no-confidence motion in April this year, said he also received reports from the Intelligence Bureau (IB) on "what games were being played against his government".
Advertisement
Don't Miss
View All