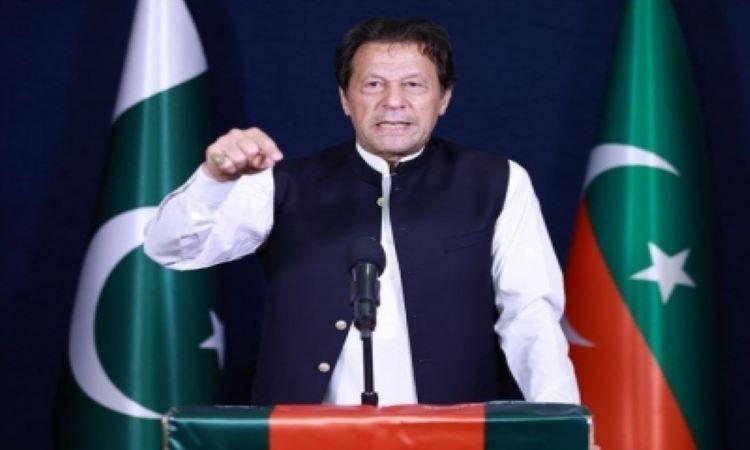 'Let's play with it': Imran Khan features in leaked audio on 'foreign conspiracy' cypher
IANS - Thursday , 29 September 2022 | 08 : 47 AM
In the audio allegedly featuring Khan, a man can be heard talking about the cypher which Khan, time and again, has claimed mentions the "threat" to remove his government, Geo News reported. Khan allegedly told Azam in the audio, the date of which cannot be ascertained at the moment, that "let's just play" with the cypher and not mention America's name.

Chinese nationals attacked in Karachi dental clinic, one dead
IANS - Wednesday , 28 September 2022 | 08 : 38 PM
Speaking at the scene of the crime, SSP South Asad Raza told reporters that one person was killed and two persons were injured who were shifted to a hospital for treatment. He confirmed that the three were Chinese people, Dawn reported. According to the official, the assailant, in his early 30s, was clad in trouser and a blue shirt. He entered the clinic pretending to be a patient and opened fire, Raza told Dawn.

CIA warned about attack on Nord Stream pipes weeks ago
IANS - Wednesday , 28 September 2022 | 06 : 56 PM
CIA Agents sent a 'strategic warning' to European allies including Germany over the summer that the pipes were at risk, sources told Der Spiegel last night, though they refused to say whether Russia was identified as a culprit. The warning was not specific and did not pinpoint a time or location for an attack, according to the New York Times.

S.Korea to shun Russian rockets, to go with Musk's SpaceX
IANS - Wednesday , 28 September 2022 | 04 : 27 PM
The government had planned to launch the Korea Multipurpose Satellite 6, known as the Arirang 6, on Russia's Angara 1.2 vehicle later this year from the Plesetsk Cosmodrome in northwestern Russia and a next-generation midsized observational satellite aboard a Soyuz rocket from the Baikonur Cosmodrome in Kazakhstan.

UN Women supports women's rights in Iran
IANS - Wednesday , 28 September 2022 | 01 : 33 PM
In a statement on Wednesday, the New York-headquartered UN Women said that "it stands with the women of Iran in their rightful demands to protest injustice without reprisal, and to be free to exercise their bodily autonomy, including their choice of dress; and also supports them in seeking accountability, and the upholding of their basic human rights as stipulated in the Charter of the UN".

Pakistan agencies clueless about dark web claims of PM Office audio leaks
IANS - Wednesday , 28 September 2022 | 12 : 30 PM
The agencies concerned have though taken necessary measures to prevent it in future, there is no confirmation about the level of damage already done, The News reported. It is, however, a case of serious lapse of cyber security where the top-most executive office of the country has been spied on.
Advertisement