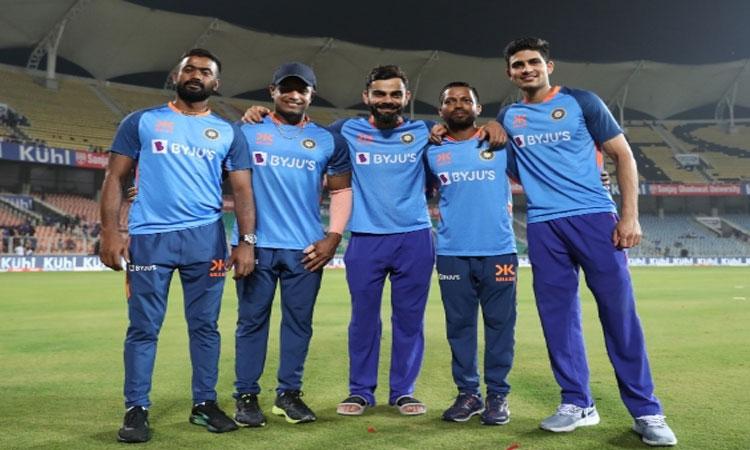 3rd ODI: Mindset is to help the team, and put the team in strong position, says Virat Kohli
IANS - Sunday , 15 January 2023 | 11 : 58 PM
On a slow yet placid pitch at the Greenfield International Stadium, Kohli was off the blocks quickly and anchored the innings for a large part to be unbeaten on 166 not out off 110 balls, his tenth hundred against Sri Lanka. In his third century in the last four ODI innings, Kohli hit 13 fours and eight sixes, feasting on a hapless bowling attack. 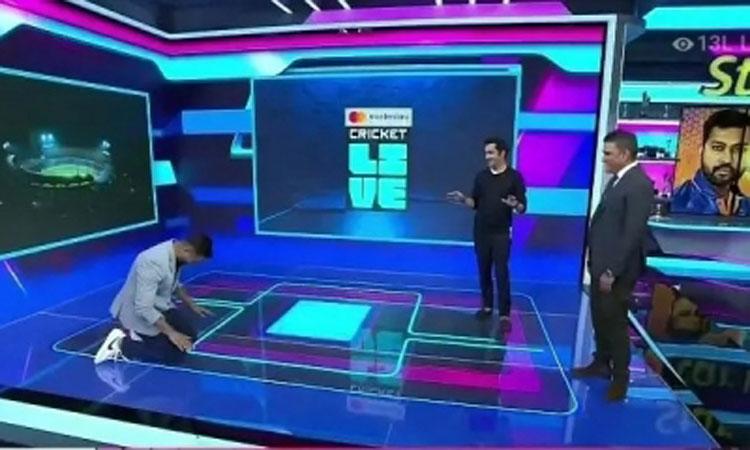 3rd ODI: Gautam Gambhir jokingly makes big predication about Sri Lanka's defeat, breaks the Internet
IANS - Sunday , 15 January 2023 | 11 : 01 PM
It was not only Rohit Sharma's team, former India opener Gautam Gambhir too broke the record, setting the internet afire by jokingly making a bold predication about the margin of India's win -- and it ultimately came true, catching the imagination of social media users. Opting to bat, India posted a mammoth score of 390/5 in 50 overs with Virat Kohli (166 not out) and Shubhman Gill (116) hitting centuries. 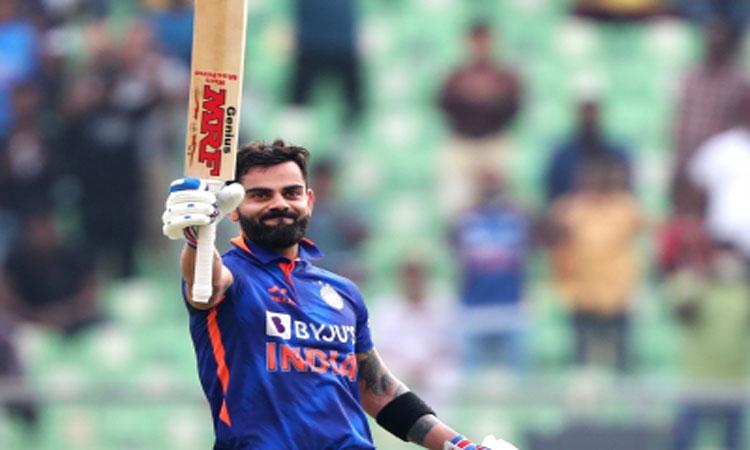 'GOAT': Fans go crazy as Virat Kohli, Shubhman Gill smash centuries in India vs Sri Lanka 3rd ODI
IANS - Sunday , 15 January 2023 | 08 : 25 PM
Fans went crazy on Koo App as this was Kohli's third century in his last four ODI innings. Notably, it's been just 15 days of the new year 2023 and Kohli already has two centuries under his belt. As suggested by many of his fans, King Kohli is back to his very best form since the T20 World Cup 2022. "It hasn't been the same, it never will be," said one fan, remembering Kohli's decision to step down as Test captain on this day last year. 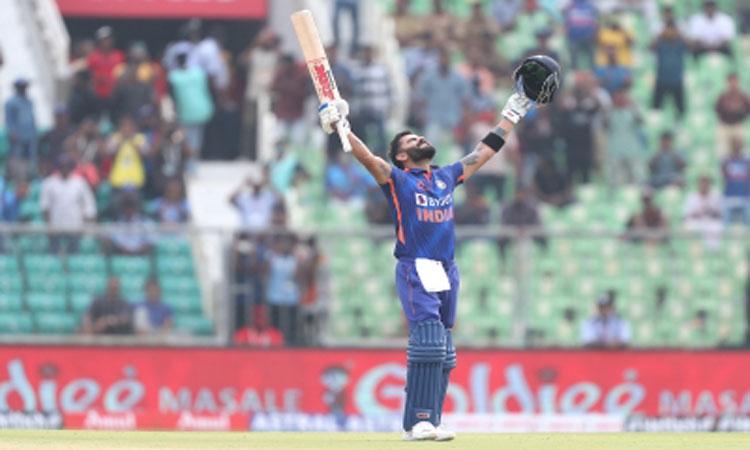 3rd ODI: Virat Kohli 166, Shubman Gill 116 propel India to mammoth 390/5 against Sri Lanka
IANS - Sunday , 15 January 2023 | 06 : 22 PM
In his typical style, Kohli was off the blocks quickly and anchored the innings for the large part to be unbeaten on 166 off 110 balls. In his third century in the last four ODI innings, Kohli hit 13 fours and eight sixes, hitting the Sri Lanka bowlers all over the park. In the last ten overs, he fetched 84 out of the 116 runs India scored to virtually bat Sri Lanka out of the match.
Advertisement 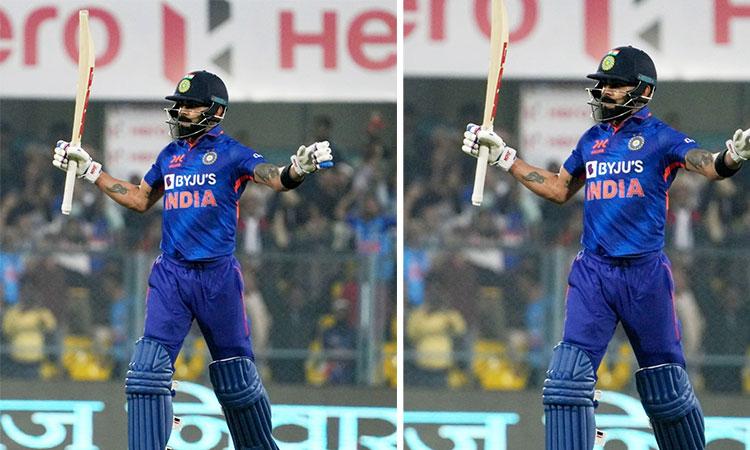 'To keep up with that is a very intense process', says Kohli on meeting expectations
IANS - Wednesday , 11 January 2023 | 12 : 28 PM
On Tuesday, Kohli notched up his 45th ODI hundred in Guwahati against Sri Lanka off just 80 balls and moved closer to Sachin Tendulkar's record of 49 ODI tons. Moreover, he equalled Tendulkar's record of 20 centuries in the format at home when he scored 113 off 87 balls, hitting 12 fours and a six. 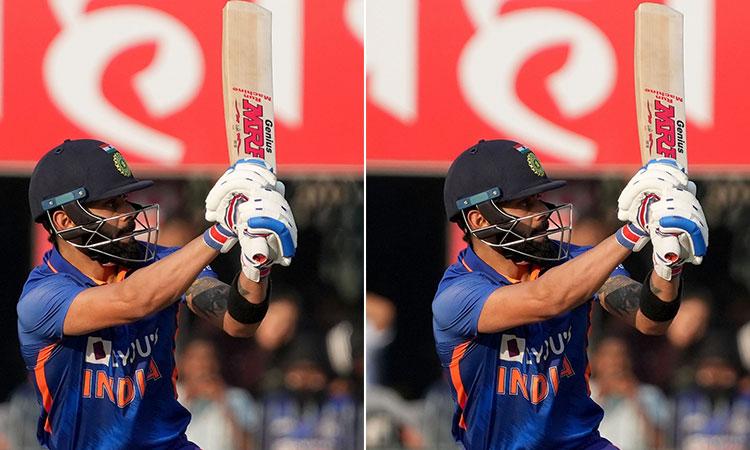 1st ODI: Glad I could play at tempo of the game and we got 370 plus, says centurion Virat Kohli
IANS - Tuesday , 10 January 2023 | 10 : 44 PM
Having broken his century drought of three years in ODIs against Bangladesh in December 2022, the former India hit back to back centuries after scoring 113 against Sri Lanka in the first ODI of the three-match series. Kohli now has 45 ODI hundreds, moving one step closer to the legendary Sachin Tendulkar's record of 49 ODI centuries. 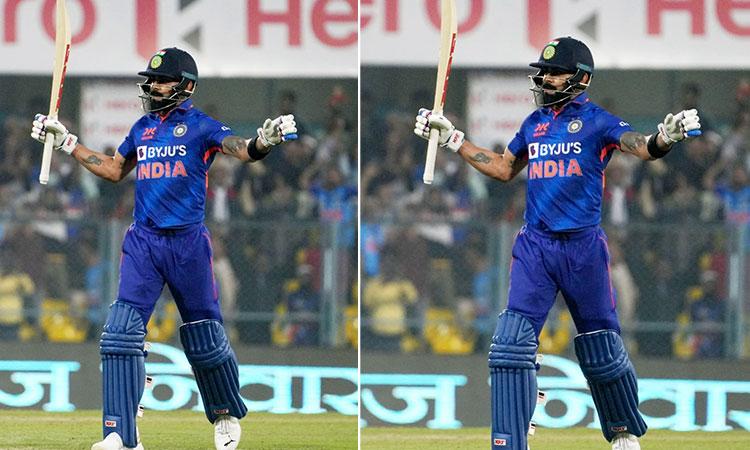 1st ODI: Kohli's 45th century; Rohit, Gill fifties propel India to 373/7 against Sri Lanka
IANS - Tuesday , 10 January 2023 | 06 : 37 PM
On a flat pitch with a lighting fast outfield, Rohit and Gill made 83 and 70 respectively while sharing a 143-run opening stand to set the tone for a big total, before Kohli carried forward the mantle with his 87-ball 113, hitting 12 fours and a six for his ninth ODI century against Sri Lanka, going past the legendary Sachin Tendulkar for the milestone.
Advertisement