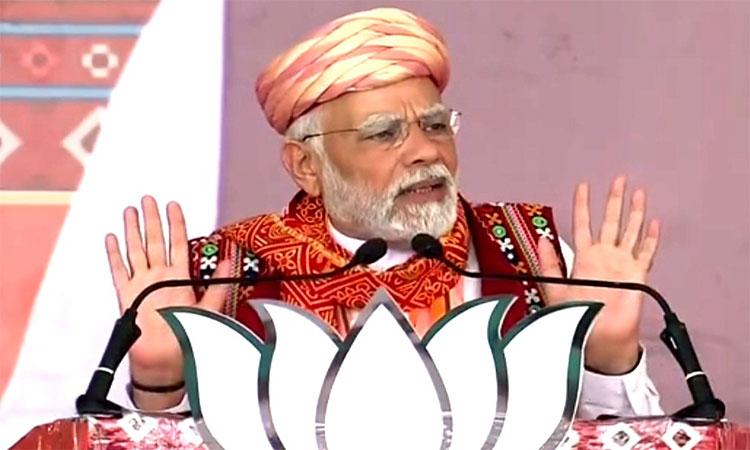 If Congress wants to be part of Gujarat, it has to give up caste politics: Prime Minister Narendra Modi
IANS - Monday , 28 November 2022 | 04 : 40 PM
Modi was addressing the public meeting in Palitana of the Bhavnagar district. He said, "During the Congress rule people were feeling unsafe, bomb blasts were very common. Every other day there used to be a blast. Since the BJP came to power, the shutters of these shops have been pulled down. Now in BJP rule people feel safe and secure, this is the gift of BJP." He appealed to the people to participate in voting at each and every polling booth, and said, "You have to ensure that Lotus keeps flourishing in the state 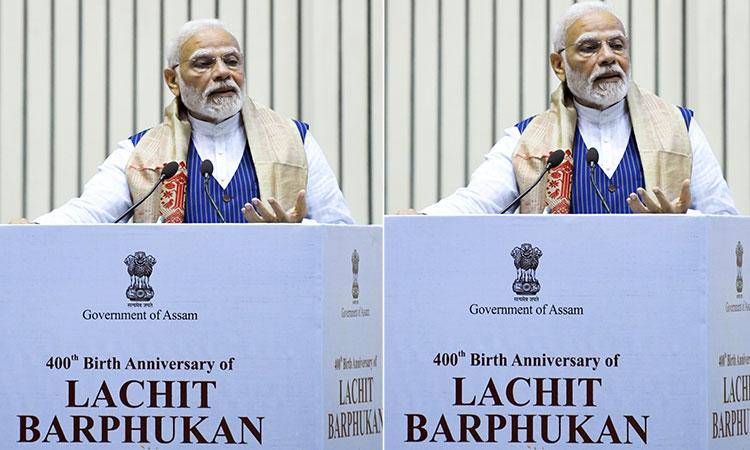 Time has come to imbibe real history of bravery and philosophy: PM Modi
IANS - Friday , 25 November 2022 | 06 : 23 PM
He said this while addressing the closing ceremony of the year-long celebrations to mark the 400th birth anniversary of Ahom general Lachit Borphukan. "For a long time, even after Independence, we were taught distorted colonial history. However, ours is a history of bravery and philosophy, which now needs to be imbibed," the Prime Minister Modi said. 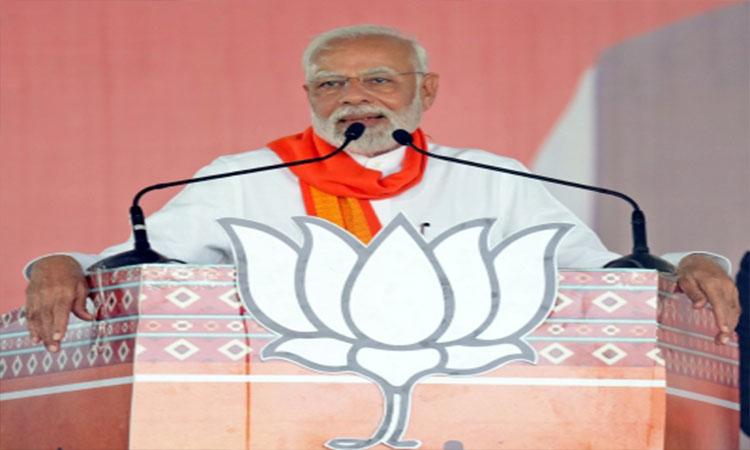 Prime Minister greets people on Lachit Diwas
IANS - Thursday , 24 November 2022 | 02 : 57 PM
In a tweet in Assamese, the Prime Minister said: "Greetings on Lachit Diwas. This Lachit Diwas is special because we mark the 400th birth anniversary of the great Lachit Borphukan. He epitomised unparalleled courage. He placed the well-being of people above everything else and was a just as well as visionary leader." 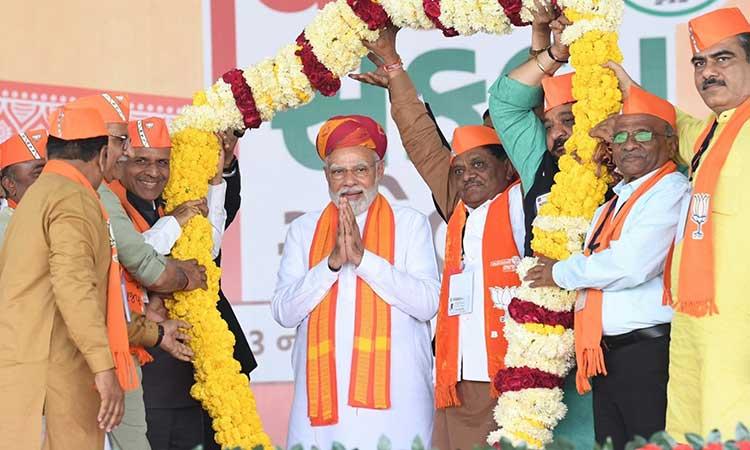 Gujarat polls: PM Modi urges people to ensure BJP's landslide victory
IANS - Wednesday , 23 November 2022 | 06 : 51 PM
Addressing a public rally in Mehsana, PM Modi said, "I am confident that you will vote for us but this time, you should not just vote for victory, but for victory with a huge margin." Coming down heavily on the Congress, he said when the grand-old-party was in power 20 years ago, the state had only 55 lakh power connections and when the farmers protested for more, they had to face bullets.
Advertisement 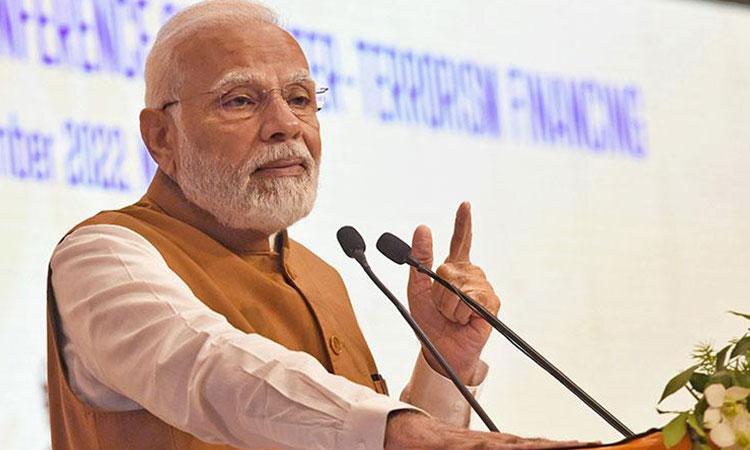 PM Modi says Congress targeting him, threatening 'Modi ko uski aukat dikha denge'
IANS - Monday , 21 November 2022 | 07 : 00 PM
Narendra Modi was addressing a public meeting in Surendranagar on Monday, where he said, "It is election time, don't you think all parties should debate on development. But the Congress is aware that it can't speak much on development, as it fears that if the BJP will start counting development work it has nothing to show when it comes to development." 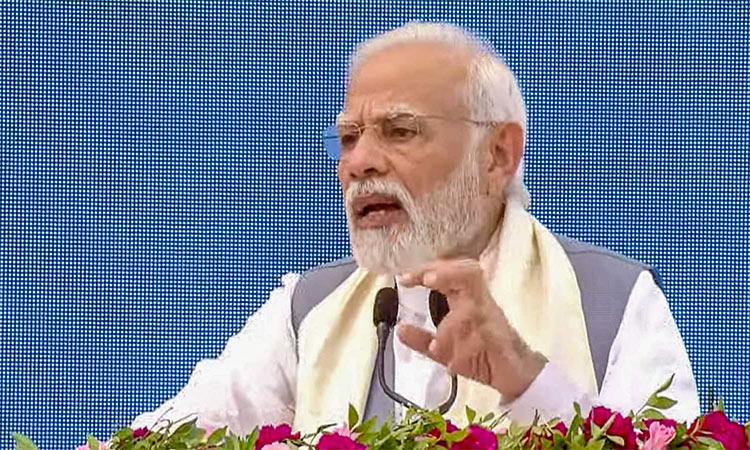 PM to distribute 71K appointment letters to newly inducted recruits
IANS - Monday , 21 November 2022 | 05 : 34 PM
"The Rozgar Mela is a step towards fulfilment of the commitment of the Prime Minister to accord highest priority to employment generation. The Rozgar Mela is expected to act as a catalyst in further employment generation and provide meaningful opportunities to the youth for their empowerment and participation in national development directly," officials said. 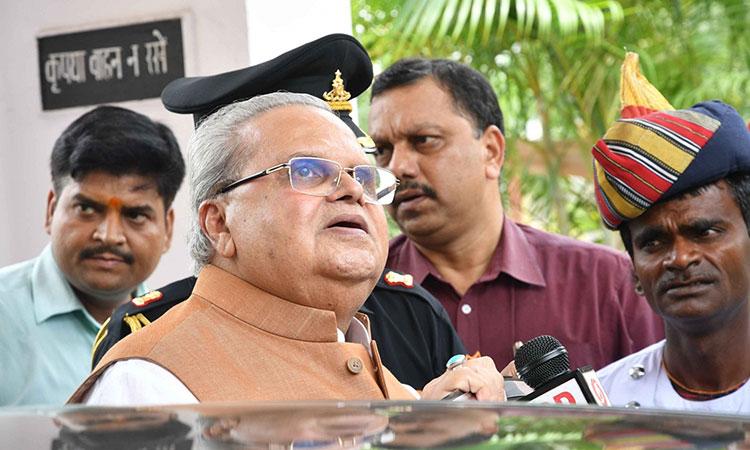 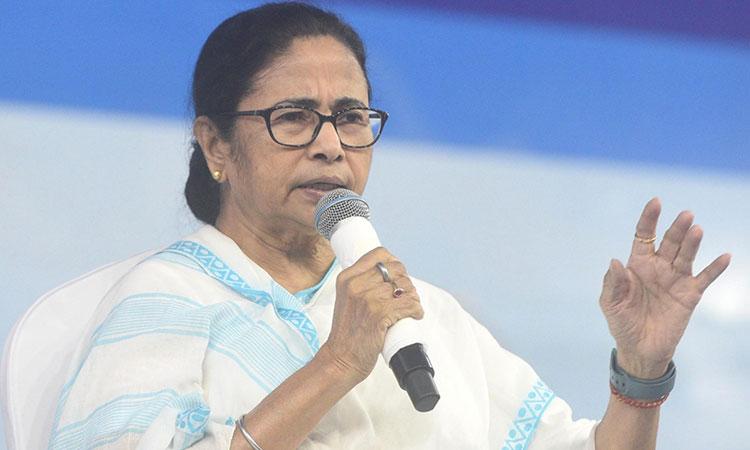 Mamata Banerjee to attend PM Modi-convened meeting in New Delhi on Dec 5
IANS - Saturday , 19 November 2022 | 05 : 28 PM
According to state secretariat sources, the chief minister might use the opportunity of her visit to New Delhi to have a separate meeting with the Prime Minister on the occasion, where she can again raise the demands on the pending central dues to the West Bengal government. However, no confirmation has reached the state secretariat as yet on whether the separate meeting will happen or not.
Advertisement 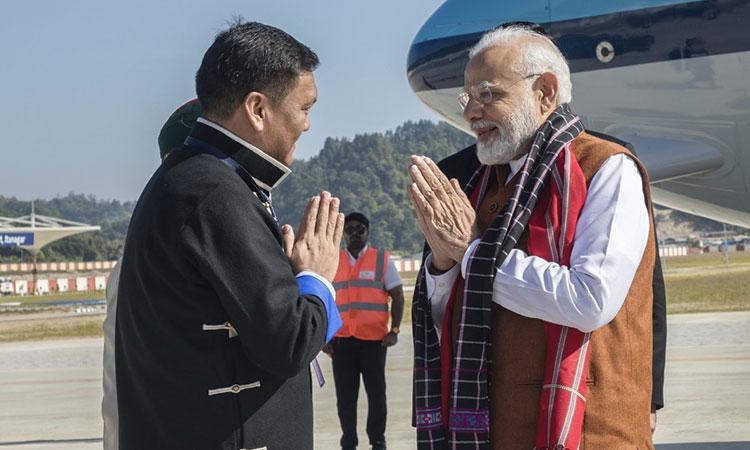 Government not launching projects aiming polls, working 24 hours for development: Prime Minister
IANS - Saturday , 19 November 2022 | 04 : 14 PM
Lambasting critics and asking them to change their old mindset, Modi said without knowing the details, the "commentators" commented on the government's works and policies.While inaugurating the 'Donyi Polo' Greenfield airport in Itanagar and dedicating the 600 MW Kameng Hydro Power project to the nation, the Prime Minister said that since independence, the northeast has been the most backward region. 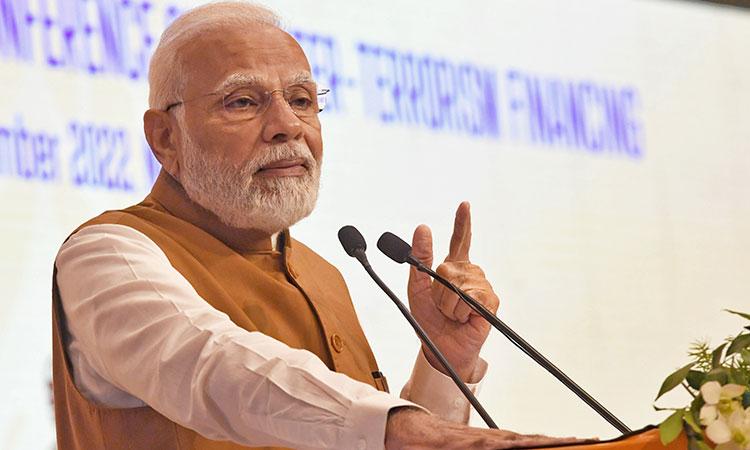 PM Modi congratulates ISRO, IN-SPACe for successful launch of Vikram Suborbital
IANS - Friday , 18 November 2022 | 11 : 06 PM
In a series of tweets, the Prime Minister said: "A historic moment for India as the rocket Vikram-S, developed by Skyroot Aerospace, took off from Sriharikota today! It is an important milestone in the journey of India's private space industry. Congrats to @isro & @INSPACeIND for enabling this feat".
Advertisement