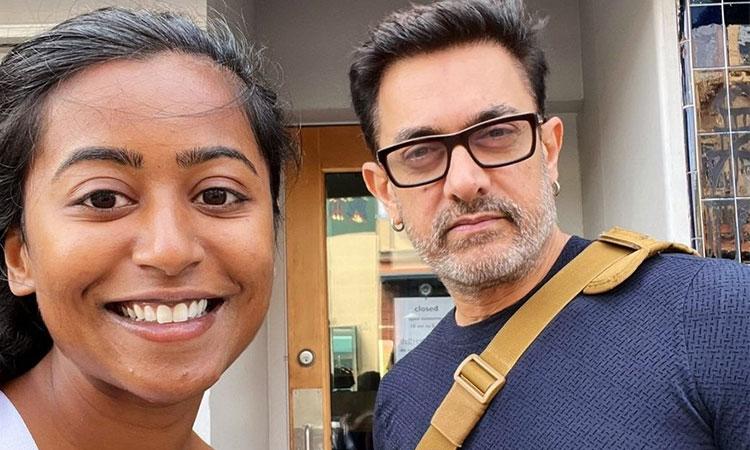 Aamir Khan holidays in San Francisco following 'Laal Singh Chaddha' failure
IANS - Thursday , 01 September 2022 | 05 : 33 PM
Earlier media reports claimed that the superstar is on a two-month break and is holidaying in the US. He will start his next film after he is back in Mumbai following his break. A picture of Aamir doing the rounds on social media shows that the actor is currently not in the country.

With Aamir tanking, Akshay delivering 3rd dud, B'wood stares at an abyss
IANS - Wednesday , 17 August 2022 | 09 : 57 AM
For Aamir, 'Laal Singh Chaddha' has been his worst commercially since his 2000 film 'Mela', despite getting a five-day holiday weekend. And it has been his second successive flop after the 'Thugs of Hindostan', which bombed despite the additional presence of Amitabh Bachchan. For Akshay Kumar, 'Raksha Bandhan' has been his third successive dud -- starting with 'Bachchan Pandey', which got wiped out by 'The Kashmir Files', and 'Samrat Prithviraj', despite the film being endorsed by the BJP top brass and made tax-free in three states. 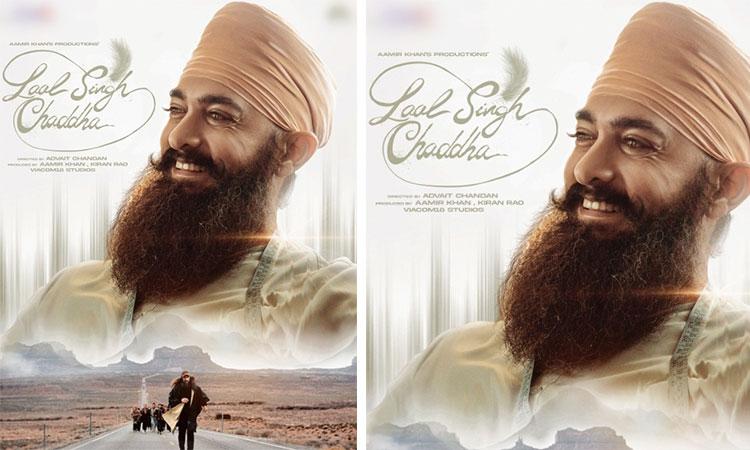 IANS-CVoter National Mood Tracker: Indians divided about boycotting Aamir Khan-starrer 'Laal Singh Chaddha'
IANS - Saturday , 13 August 2022 | 03 : 02 PM
Some organisations and a section of citizens have been running a campaign to boycott the movie, which is the authorised remake of 1994 Hollywood blockbuster 'Forrest Gump'. The campaign to boycott the movie has been running on social media for the past few weeks. Netizens have cited the Bollywood star's statement on intolerance given in 2015 and his movie 'PK' as reasons for the boycott. Those running the online trend to boycott the movie have alleged that the actor does not respect Indian culture and tradition. 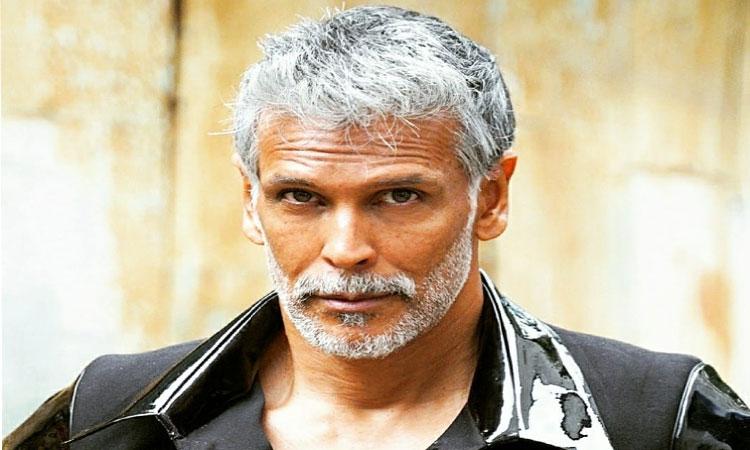 'If you make a good movie, trolls can't stop people from seeing it': Milind Soman (IANS Interview)
Vinayak Chakravorty/IANS - Friday , 12 August 2022 | 11 : 42 AM
Even before the release of the film, it faced a lot of 'hate' from netizens as the call for 'Boycott Laal Singh Chaddha' was trending on social media ever since the poster of the movie was made public. Several Bollywood stars came out in support of Aamir and even the actor himself requested people to watch the movie before making any decision. To this, supermodel and actor Milind Soman, too shared his views. Speaking exclusively to IANS, he said "trolls can't stop a good film". He further asked the filmmakers to work more on scripts so that people get attracted to them despite negative comments on social media.
Advertisement 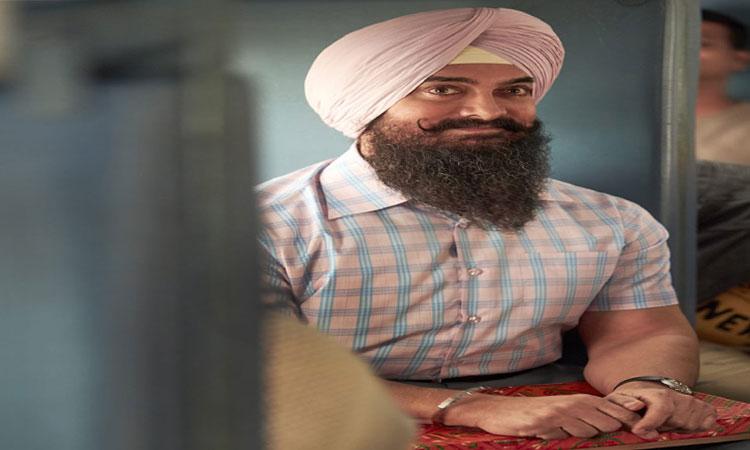 'Laal Singh Chaddha' wins hearts of most Tamil film celebrities
IANS - Thursday , 11 August 2022 | 06 : 56 PM
The stars, who watched the film at a special show organised for them a couple of days ago, shared their thoughts on the film soon after watching it. National Award winning director and actor Parthiban said, "Aamir Khan is a great human in the first place. Even if we make a 100 films to spread love, we cannot produce an effect like this. Throughout the film, you are unsure if you should shed tears of joy or whether you should shed tears because of the joy you experience as a result of the excessive love you sense. 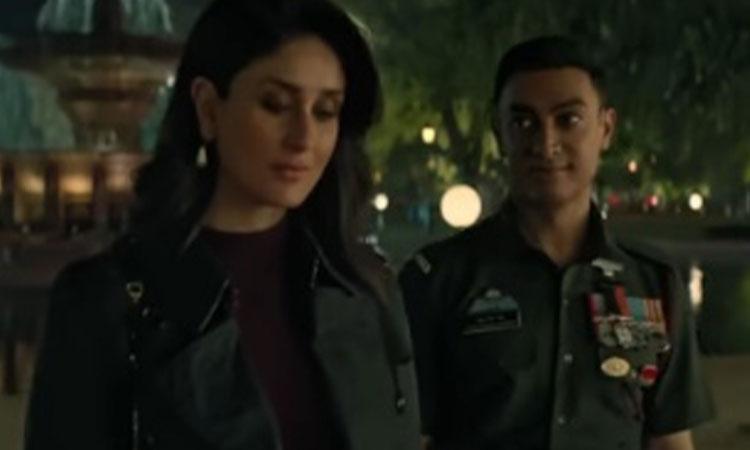 Arijit's song 'Phir Na Aisi Raat Aayegi' is about unrequited love
IANS - Wednesday , 10 August 2022 | 12 : 23 PM
The song has been sung by Arijit Singh, composed by Pritam and penned by Amitabh Bhattacharya.The video completes the audio in every sense as it showcases the bittersweet moments of the unrequited love that Rupa and Laal have for each other. Taking to social media, Aamir Khan Productions shared a poster as they announced the song. In the caption, the makers jotted down "Reminisce the bitter-sweet moments of unrequited love with the magical voice of Arijit Singh in #PhirNaAisiRaatAayegi, song video out now". 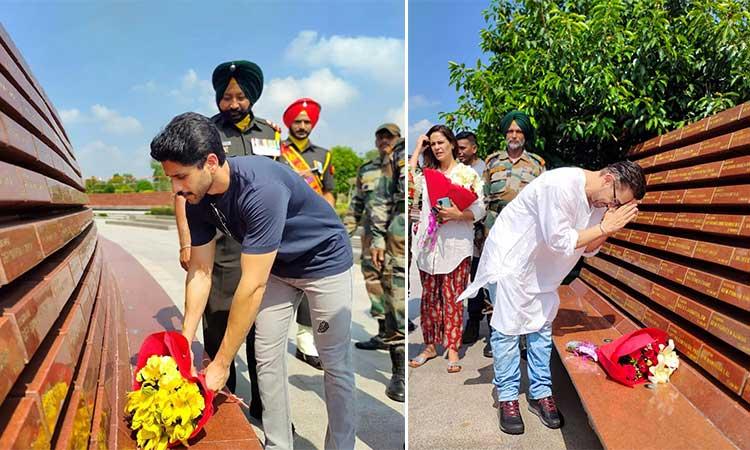 'I play chess online', says Aamir about how he's coping with sleep loss pre-Aug 11
IANS - Wednesday , 10 August 2022 | 09 : 46 AM
In the film, both Aamir and Naga Chaitanya play soldiers who fight together in the Kargil War. Kareena Kapoor essays the role of Aamir's love interest and Mona Singh, last seen with Aamir in Raju Hirani's '3 Idiots', where she played the Kareena character's sister, acts as his screen mother. 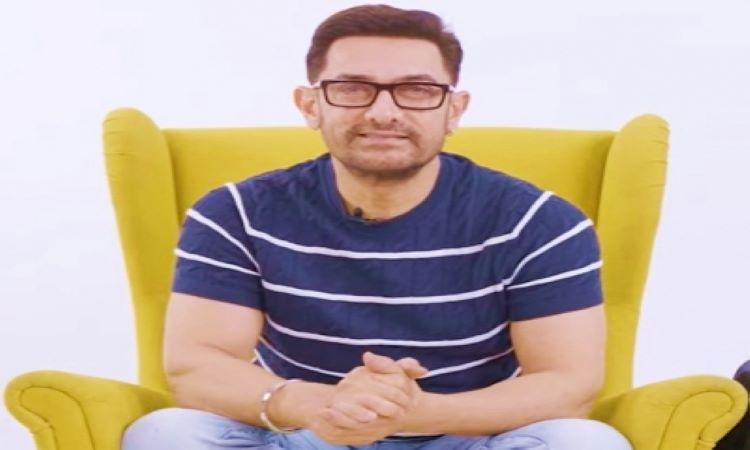 Aamir Khan: I don't believe in perfection
IANS - Tuesday , 09 August 2022 | 04 : 07 PM
Aamir, who is gearing up for the release of his upcoming film 'Laal Singh Chaddha', believes in quality over quantity. This phenomenon has earned him the title of 'Mr. Perfectionist' but the actor broke the myth behind this tag. Gracing a special episode of 'Best Interview Ever' - web show, the actor said in the video, "I don't believe in perfection because I find that beauty lies in imperfection.
Advertisement 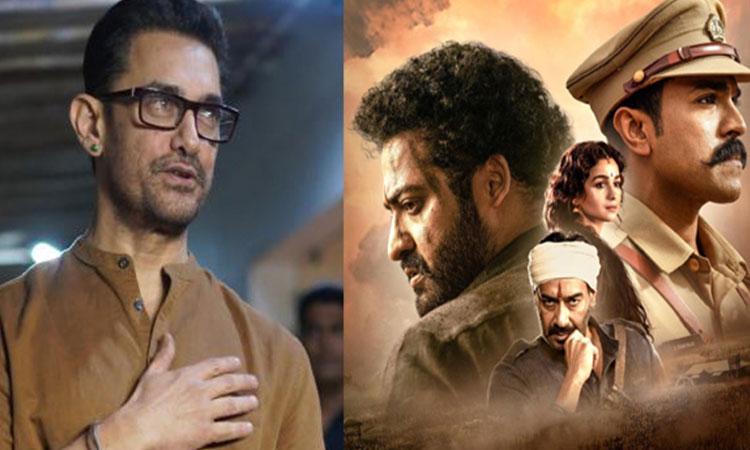 Aamir hasn't seen 'RRR', but he spent a night talking about it with Rajamouli
IANS - Monday , 08 August 2022 | 06 : 16 PM
Aamir, who graced the hot seat along with Colonel Mitali Madhumita and Major D.P. Singh on the 14th season of 'KBC', said that that he may not have watched the film, but knew the answer because, before the release of the film, Rajamouli was at his place and they talked about the film for the whole night. 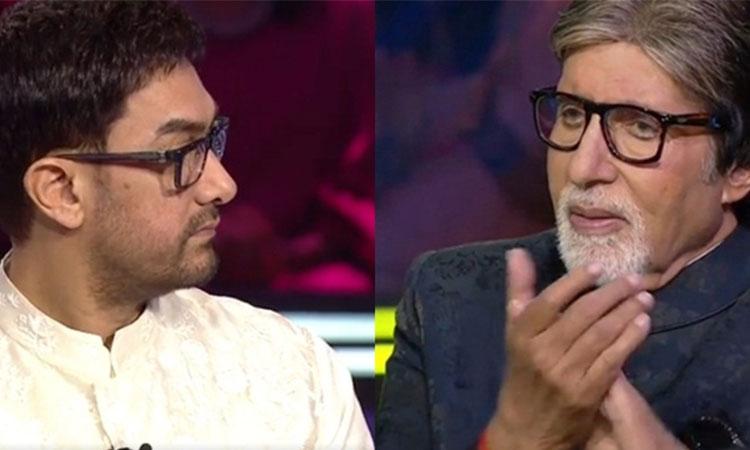 In 'KBC 14' opener, Aamir recalls how Big B got him on to Twitter
IANS - Monday , 08 August 2022 | 10 : 31 AM
The Big B started the episode by reciting a patriotic poem titled "Hum Un Veeron Ke Vanshaj Hain" as a tribute to the 75th anniversary of India's Independence. And then Bollywood star Aamir Khan entered the show with the "Rang De Basanti" track playing in the background. He met the audience, shook hands with them, and finally settled down with Col. Mitali Madhumita, the first woman Indian Army officer to receive a gallantry award, for the hotseat round, where he shared some interesting stories.
Advertisement