Kajol's captioning 'skills' made daughter Nysa stop handling her Insta account
IANS - Sunday , 04 December 2022 | 07 : 01 PM
"When I made my debut on social media, everything was under the surveillance of my daughter Nysa. She made it a point to decide my pictures and captions. This drill went on for one or two months and after that, she gave up on me saying that she couldn't manage me anymore," Kajol said.

Bottle Battle: Angelina Jolie locked in winery legal battle with Brad Pitt
IANS - Sunday , 04 December 2022 | 06 : 54 PM
But Brad, 58, claimed Angelina's decision to sell her share of the winery to a complete "stranger" was to "inflict harm" on the business and also violated their agreement. Now, in court documents, Angelina has labelled his allegations against her as "frivolous, malicious, and part of a problematic pattern." 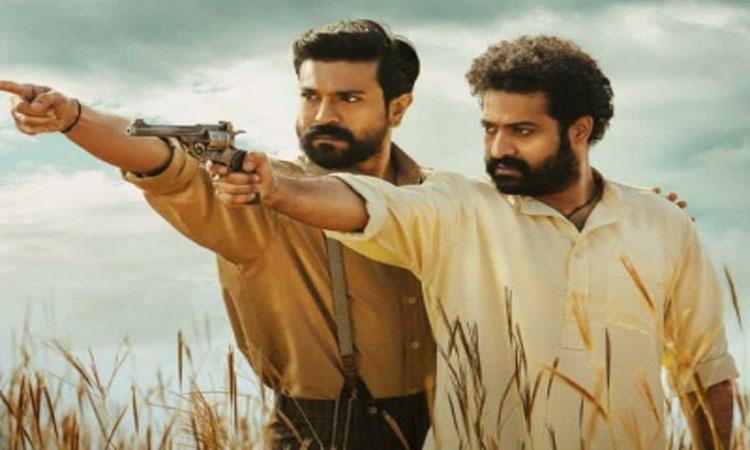 New York Film Critics Circle award for Rajamouli raises 'RRR' Oscar pitch
IANS - Saturday , 03 December 2022 | 07 : 32 PM
The award has also set off the talk if this is a prelude to the filmmaker winning the Oscar award as well. Congratulations poured in for Rajamouli on winning the coveted award and many of his well-wishers hope that he will script history by bagging the world's most prestigious movie award. 'RRR' has been submitted for consideration in various categories for the Oscars next year. 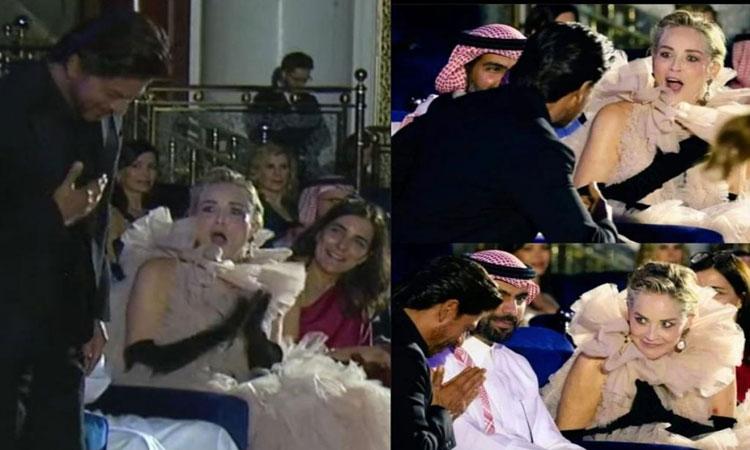 Red Sea Festival: Sharon Stone gasps, she can't believe she's next to SRK
IANS - Saturday , 03 December 2022 | 06 : 00 PM
The 'Pathaan' actor was recently honoured at the fest for his contributions to the Indian cinema, as his name was announced and he stood up, Sharon was in total disbelief upon noticing him. In a video which is going viral on social media, Sharon can be seen clapping and seemed to mouth "oh my god". In response to Stone's reaction, SRK can be seen humbly greeting the actress with a 'salaam' (a gesture of greeting in Islamic culture).
Advertisement 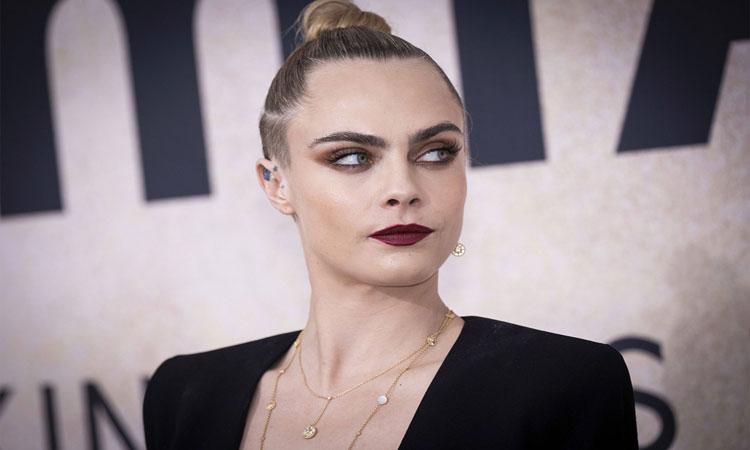 Cara Delevingne thinks men lack 'right tools' to satisfy women sexually
IANS - Saturday , 03 December 2022 | 05 : 12 PM
Delevingne says on the show while exploring female orgasms, and the lack of them during heterosexual intercourse: "I do feel that generally, men are not equipped with the right tool to be able to handle women, especially sexually, reports femalefirst.co.uk. "I don't wanna go into the art of making a woman c** but it's a lot more complicated and a lot more fun. 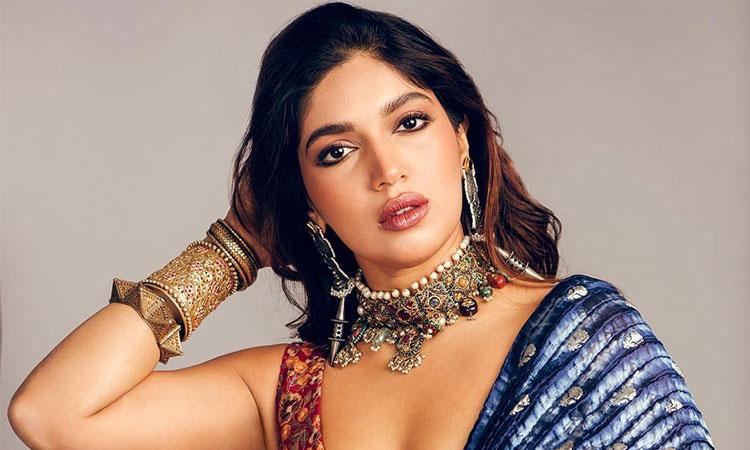 Bhumi Pednekar: Have loved delivering the punches in 'Govinda Naam Mera'
IANS - Saturday , 03 December 2022 | 04 : 13 PM
Elaborating on the same, the actress says, "I honestly have loved delivering the punches in the film and I have to admit that I have been given some of the most hilarious punchlines by Shashank (Khaitan, the director). What I love the most about my dialoguebaazi (punchy dialogues) in 'Govinda Naam Mera' is that they are from the heroine's side and that's refreshing for a romantic comedy in the Hindi film industry because traditionally only heroes used to get all the great dialogues in a genre like this and make people laugh." 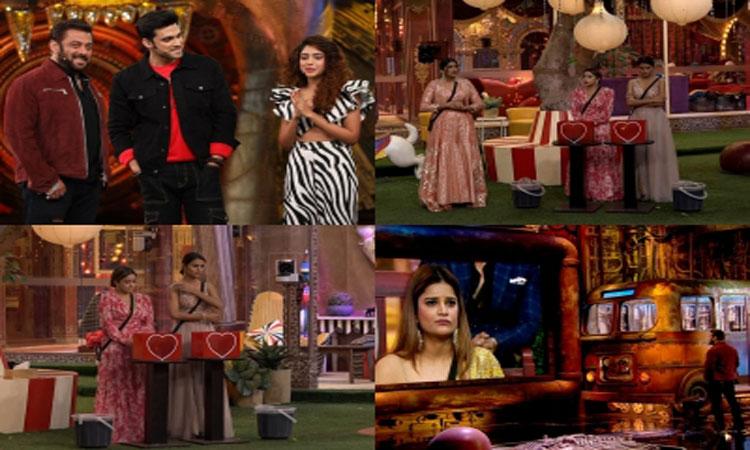 Salman asks housemates: Priyanka or Tina - Whose heart is darker?
IANS - Saturday , 03 December 2022 | 03 : 57 PM
The housemates were asked to choose whose heart is blacker (who is not trustworthy) between Priyanka and Tina by filling the heart-shaped containers kept in front of both. Later, Salman asked the housemates to get a football and stick a photo of the contestant they think deserves to be eliminated from the house of 'Bigg Boss', after stating their reasons, the ball needs to be kicked out of the house. 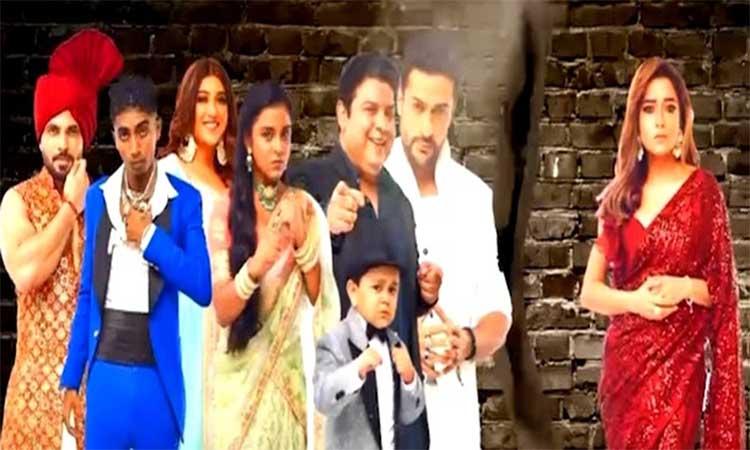 'Bigg Boss 16': Second week of no elimination
IANS - Saturday , 03 December 2022 | 03 : 44 PM
This week MC Stan, Tina Datta, Shalin Bhanot, Sajid Khan, Shiv Thakare, and Priyanka Choudhary and Sumbul Touqeer were nominated. This would be the second week for not having any evictions. The last contestant to be shown the exit door was Gautam Singh Vig. Meanwhile, in the 'Weekend Ka Vaar' episode, hardcore fans of the show will be seen talking to contestants about their game plan and flawed behaviour.
Advertisement

S.S. Rajamouli gets best director award from New York Film Critics Circle
IANS - Saturday , 03 December 2022 | 02 : 07 PM
Although 'RRR' wasn't selected to represent India in the international feature category of the Academy Awards, Variance Films has mounted a substantial campaign to have the film recognised in the general categories, including best picture. And as 'Variety' puts it, it looks like it could be paying off. Rajamouli's win has been described as 'one of the jaw-droppers' of the evening.

'Bigg Boss 16' host Salman Khan schools Archana Gautam
IANS - Saturday , 03 December 2022 | 01 : 36 PM
Salman asked Archana: "Archana you are flying too high with your attitude. For Sumbul, you said 'Shakal dekhkar rani raja banao'. Everybody in India knows this face and because of this face, many people know her. Aap apne aap ko samajhti kya hain? For Shalin, you said 'he has a face like a dog'!" Shalin tried to put his point but Salman asked him not to, before finally screaming: "I said not now!"
Advertisement
Don't Miss
View All