IFFI jury head terms 'The Kashmir Files' as 'vulgar', 'propaganda' film
IANS - Tuesday , 29 November 2022 | 09 : 26 AM
Earlier on Monday, Lapid said that the IFFI was disturbed about this film. Sharing the experience of the jury, he said that 14 out of them (international films) had cinematic quality. "All of us were disturbed and shocked by the 15th film 'The Kashmir Files'. That felt to us like a propaganda, vulgar movie, inappropriate for an artistic competitive section of such a prestigious film festival," Lapid added.

'Bigg Boss 16': Tina breaks down on birthday, nomination task leads to rift
IANS - Monday , 28 November 2022 | 09 : 30 PM
She said: "No one is a friend over here. All are fake. Since morning I have been crying but no one came to ask me what happened. Only MC Stan, whom I consider my close friend, asked me and wished me on my birthday." It all started with Shiv Thakare electing Nimrit as the next captain and with this somewhere Tina felt offended as she wanted to be the captain.

Music first, trailer later: Promo blueprint for SRK-starrer 'Pathaan'
IANS - Monday , 28 November 2022 | 09 : 23 PM
Siddharth Anand said: "Pathaan has two spectacular songs. And fortunately both are so incredible that they are potential chartbuster anthems of the year. Hence, we decided to give people ample time to enjoy the songs before the film releases." Pathaan', which is a part of Aditya Chopra's ambitious spy universe, also stars Deepika Padukone and John Abraham.

Alaya F read 'Freddy' script discreetly while shooting for another film
IANS - Monday , 28 November 2022 | 09 : 02 PM
Elaborating on the experience, Alaya, who plays Kainaaz in the film, said: "Everything about 'Freddy' was just so exciting. Starting from the fact that Ekta (Kapoor) ma'am and Jay (Shwewakarmani, the co-producer) sir were a part of it, and since I had worked with both of them on earlier projects, there was a great level of comfort and trust!
Advertisement

Shania to release 'Come on Over' deluxe version with Sir Elton, Nick Jonas
IANS - Monday , 28 November 2022 | 07 : 20 PM
The new edition will feature two live versions of her No. 1 hit 'You're Still the One' - one with Chris Martin that was recorded in Las Vegas earlier this year, and another with Elton John taped in Miami in 1999. According to People, the album will also feature a duet with Nick Jonas on 'Party for Two', recorded at Stagecoach in 2017. 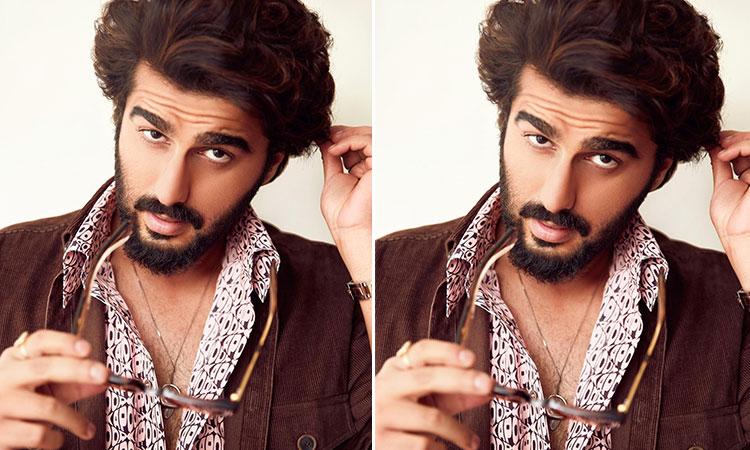 Arjun starts shooting for next film in Delhi, says city lucky for him
IANS - Monday , 28 November 2022 | 07 : 12 PM
Talking about shooting in Delhi, Arjun said: "Delhi has always been special for me and it has been a hugely lucky charm for me. I shot '2 States', 'Ki & Ka', 'Sandeep Aur Pinky Faraar' in the national capital and all these films turned out to be some of the most special films in my filmography and gave me tremendous recognition that I'm grateful for." 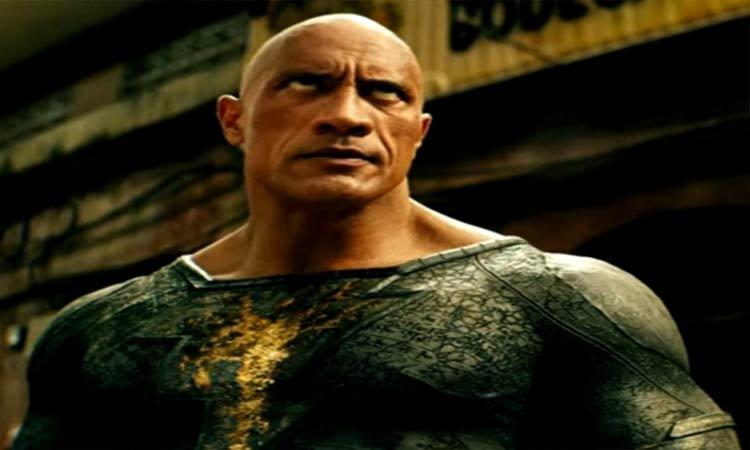 Dwayne Johnson convinced 'Black Adam' makers to onboard Henry Cavill
IANS - Monday , 28 November 2022 | 05 : 38 PM
In a video posted on Twitter, the DC star said that he wanted to establish 'Black Adam' "as the most powerful, unstoppable force in the DC universe," reports Deadline. To manage the latter, Johnson said: "We have to bring back the most powerful, unstoppable force of all time in any universe. And you guys know who I'm talking about? Of course, that is Superman. And that's Henry Cavill." 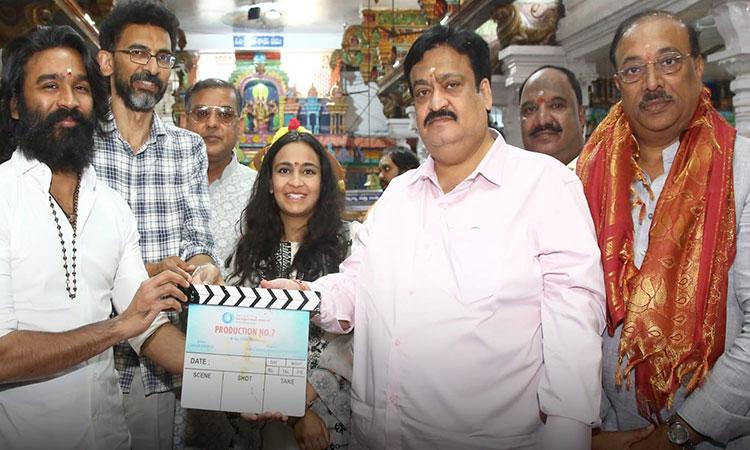 Dhanush teams up with Sekhar Kammula for tri-lingual movie
IANS - Monday , 28 November 2022 | 05 : 31 PM
Kammula, a National Award winner himself, is a master of groundbreaking films that combine aesthetic values and commercial success. He has made cult films such as 'Happy Days' and 'Fida'. The film launched on Monday will be shot and released simultaneously in Telugu, Tamil, and Hindi.
Advertisement 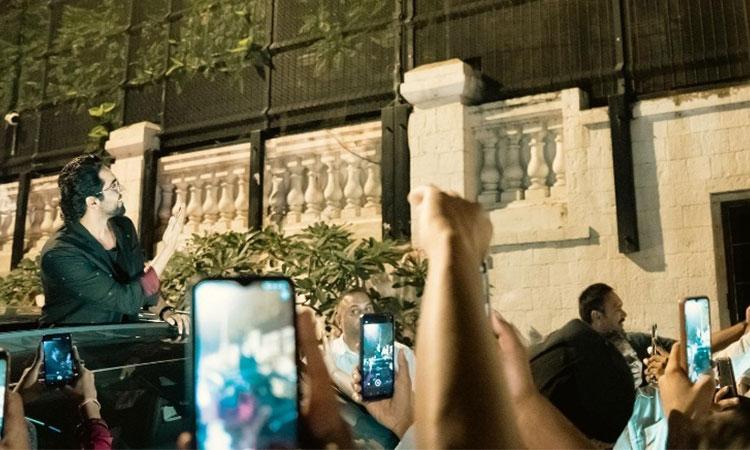 Ayushmann Khurrana poses in front of SRK's Mannat; gets mobbed by fans
IANS - Monday , 28 November 2022 | 05 : 31 PM
The actor took to his Instagram and shared a picture of himself passing by SRK's iconic Mumbai bungalow - Mannat. In the picture, Ayushmann can be seen surrounded by scores of SRK fans as he waves at the bungalow. Writing in the caption, Ayushmann noted: "Mannat se guzar raha tha. Toh ek mannat maang li (I was passing by Mannat so, asked for something from God). #AnActionHero #2ndDecember #SRKian." 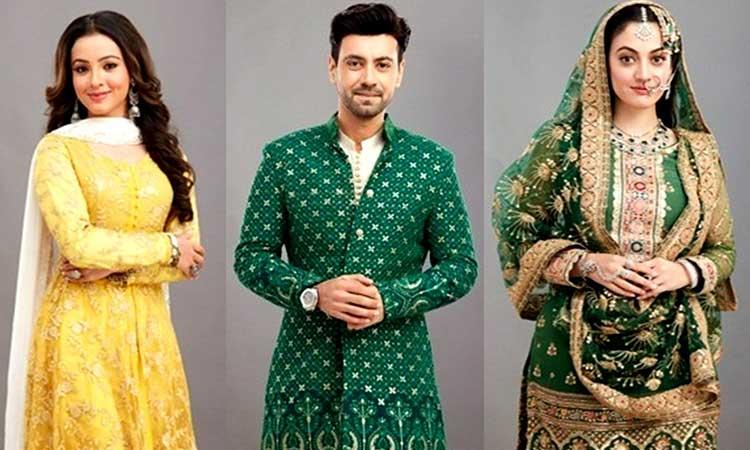 Aditi Sharma says 'Rabb Se Hai Dua' co-star Karanvir is the 'biggest prankster'
IANS - Monday , 28 November 2022 | 05 : 12 PM
Aditi said: "It has not been a long time since we are shooting together but in the last couple of weeks Karanvir and I have become very good friends. In fact, we are known for the constant mischief and pranks that we do with each other and all the other cast members. We love having fun on the set and to keep the vibe very light and happy."
Advertisement
Don't Miss
View All