The BJP looks all set to form the government in Gujarat for a record seventh time, according a slew of exit polls released on Thursday.

In Himachal Pradesh, though, the exit polls have predicted a tight contest between incumbent BJP and opposition Congress, with the former holding slight edge.

The NewsX-Jan Ki Baat exit poll has projected BJP to sweep the Gujarat Assembly elections by winning 117-140 seats in the 182-member state Assembly, while Congress is expected to win 34-51 seats, followed by AAP with 6-13 seats.

Also Read | 'Like Jarasandha, fake currency, terror financing should be cut into pieces', Centre to SC on DeMo

Republic TV-P Marq too has suggested a sweep for BJP by predicting it to win 128-148 seats in Gujarat, while the Congress may get around 30-42 seats, followed by AAP with 2-10 seats.

Going by the exit poll predictions for Gujarat, Congress is set to come down considerably from its current tally of 80 seats, while the BJP looks set to cruise past the majority mark of 92 seats.

In the 68-member Himachal Assembly where the majority mark is 35, Aaj Tak has predicted 26-31 seats for the Congress, the BJP is projected to win 24-34 seats.

India TV-Matrize has projected Congress to win 26-31 seats in the hill state, while the BJP too is likely to bag 26-31 seats.

The NewsX-Jan Ki Baat exit poll has predicted Congress to win 27-34 seats in Himachal Pradesh, while the BJP is tipped to win between 27 and 34 seats.

The Republic TV-P Marq exit poll has predicted identical projections of 28-33 seats for both the parties, suggesting that AAP may open its account in Himachal with a solitary seat.

Times Now-ETG too has predicted both Congress and BJP to win around 24-32 seats in Himachal Pradesh.

Zee News-BARC has also predicted both the main parties to win between 20 and 25 seats each, while AAP may win around 3 seats.

PM Modi thanks world leaders for their R-Day wishes

With strong foundation, India-Egypt ties can only get stronger 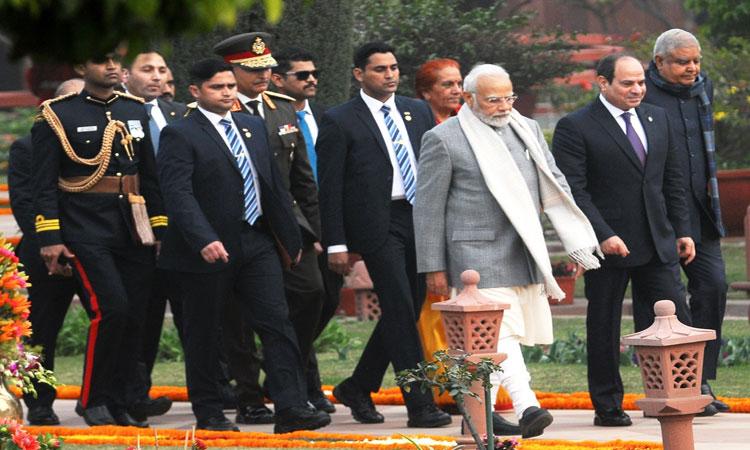